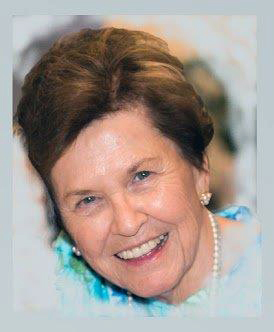 Ellie grew up in Blue Island, IL. She learned to swim at an early age and swam clear across Delavan Lake as a teen. She enjoyed summer vacationing at the family cottage in Delavan, WI.  Ellie graduated from Longwood Academy and attended DePaul University in Chicago, IL.  Following college, Ellie worked for TWA.

Family and friends were Ellie’s passion and delight.  She had a gracious spirit and extended hospitality to all.  Her generosity to many charitable causes in San Bernardino blessed many lives and gave glory to God.  Employing her skills learned from TWA and summers in Delavan, Ellie planned many social events and family vacations. She raised nine children who love being together and are devoted to their parents. She and her husband enjoyed taking cruises, often with all of their children and grandchildren.

She is preceded in death by five brothers, Arthur, Robert, Donald, Kevin, and Paul and one sister, Joan Getzloff.

There will be a graveside service for family members at Holy Sepulcher Cemetery on Saturday, April 28, 2018.  In lieu of flowers, memorial donations can be sent in her name to Aquinas High School, 2772 Sterling Ave. San Bernardino, CA 92404 or a favorite charity of your choosing. 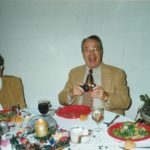