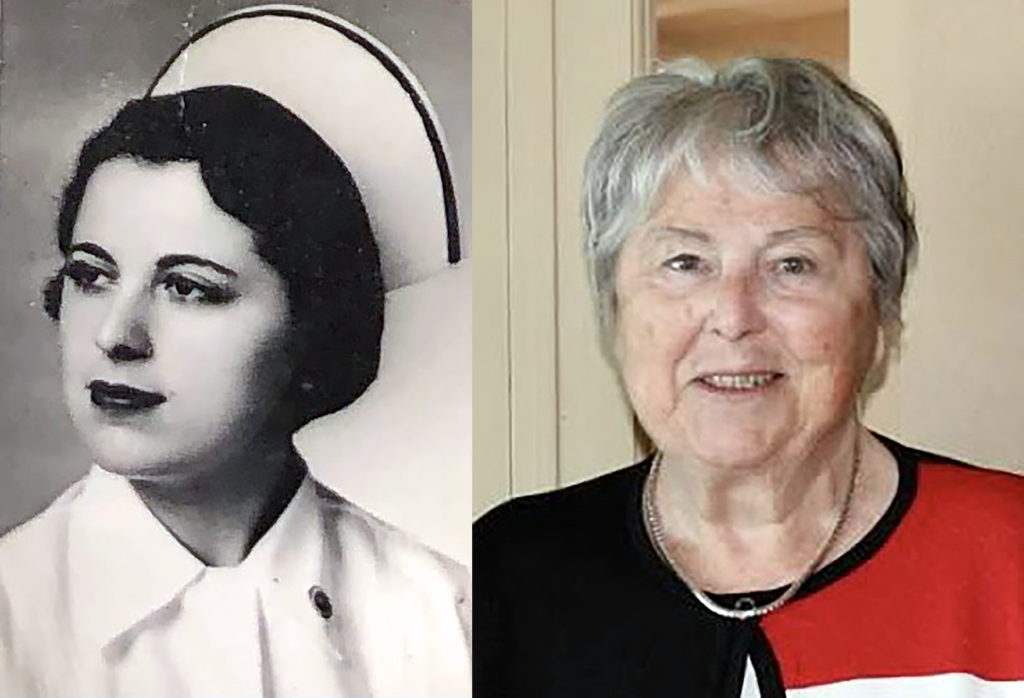 Mary A. Burke, nee Ryan (87), of Laguna Woods, formerly of Laguna Beach, died peacefully surrounded by her loved ones May 14. She leaves two sons and a daughter-in-law, Timothy Burke of Julian, CA and Brian and Nancy Burke of San Jose, CA, and two daughters and a son-in-law, Kathleen Almon of Mission Viejo and Erin and Ed McClements of Laguna Beach. She was “Nana” to Catherine, Kara and Mathew McClements, Caitlin, Brendan and Meaghan Burke, Ryan and Kyle Almon and Randy Burke. She also leaves her sister Patrice Scavone of Niantic, CT. She was predeceased by husband Randall Burke, son Kevin Burke, brother Thomas Ryan, Hamden, CT, and sister Jean McGrath, Portland, ME. Born in Worcester, MA, daughter of Edward and Alice (Conlon) Ryan, she graduated from South HS and then School of Nursing, City Hospital, Worcester.

She was a US Navy veteran (1955-58) serving as a nurse stationed at Corona and Camp Pendleton, CA. She and her husband Randy travelled extensively when first married as his jobs took him overseas and two of her children were born in Japan and one in the Netherlands.They settled in Laguna Beach in 1965 to raise their five children and she was a second mother and friend to all in their tight knit neighborhood.

She returned to school, received her BA degree from the University of Redlands and began her career as a RN dedicating 25+ years working at St. Joseph’s hospital in Orange. She was a long-time member of St. Catherine of Siena parish in Laguna, and as a devout Catholic, always found solace in church, no matter where in the world she lived.

Her love of sports started in high school as a star tennis player and was sustained by waking early to watch international tennis championships, Notre Dame football and later in life UConn women’s basketball. She was proud of her Irish heritage and enjoyed her many visits to the Emerald Isle with her family.

After retiring, she redirected her energies to her family, and in particular, her nine grandchildren, supporting them at school and sporting events and relishing in their many journeys and adventures – they were her utmost joy. She was a loving, steadfast, and patient woman whose quiet strength and calm demeanor made others feel at ease and welcome; she was sought out for her trusted counsel, words of wisdom and unwavering support by family and friends. Her family will miss her dearly.

A Mass of Christian Burial will be celebrated Thursday, June 17 at 10a.m. in St. Catherine of Siena Church, Laguna Beach. A private burial will occur at a later date.

In lieu of flowers contributions can be made to St. Joseph Hospital Foundation – Nursing Center of Excellence, 1010 West La Veta, Suite 300, Orange, CA 92868 or online at: https://sjofoundation.org/giving-opportunities/nursing-center-of-excellence/