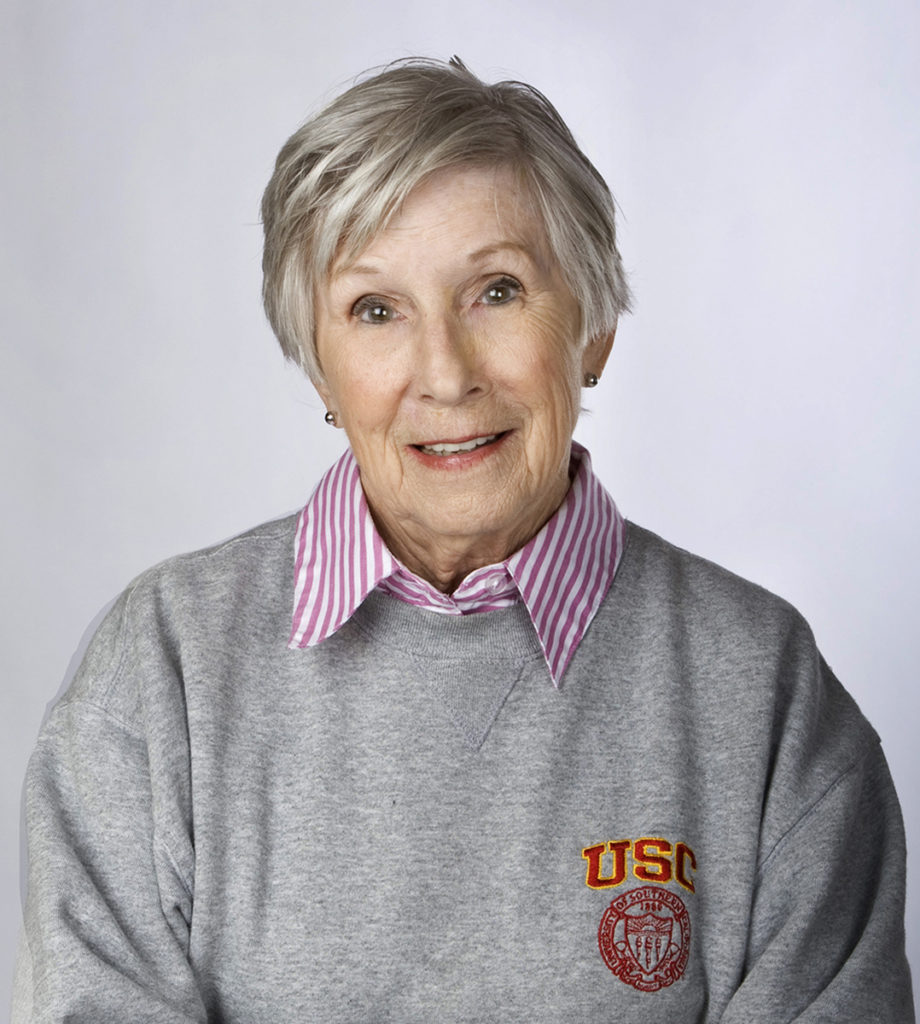 Mary Ann was born to Marjorie Frances Reed Stewart and George Joseph Stewart on December 31, 1932 in Henderson, NY. She was delivered into the world by longtime family friend and town physician Terry Montague, M.D., who was called away from a New Year’s Eve celebration to make the delivery at the Reed family farmhouse.

Mary Ann was educated at Henderson Central School and enjoyed an active and happy childhood around Henderson Harbor, where she rode horses, camped out during summers, and swam and boated with her two childhood best friends, Ann Montague (later Maurer) and June Terry (later Culkin).

In 1947 following the end of WWII Mary Ann’s father sought work outside of Jefferson County and moved with his wife and daughter to Los Angeles, CA, where he had resided prior to marriage. Mary Ann was 14 at the time and claims not to have spoken to her parents the entire drive to Southern California in protest to the family’s move. (Mary Ann’s maternal roots in the area dated back three generations.)

Once in Los Angeles, Mary Ann attended and graduated from Manual Arts High School in 1950. She was thrice married and her first marriage resulted in the birth of a son, James Robert, who preceded Mary Ann in death in 2006. Her second marriage to Stephen Delio Gandolfo (of Los Angeles CA) resulted in the birth of five children, including two sons and three daughters. Mary Ann was later married once more but ultimately returned to the married surname of Gandolfo and regarded her marriage to Stephen as her “one true marriage.”

Following her time in Los Angeles, Mary Ann moved with her family to Orange County, CA in the mid-1950s and later to Palm Springs, CA in 1978.

In addition to being a loving and devoted mother who was involved in her children’s sports teams serving as scorekeeper and team manager on multiple occasions, Mary Ann worked several secretarial and administrative jobs that most often utilized her skills in bookkeeping and accounting. For the final 7 years of her professional life she worked for Desert Regional Medical Center in Palm Springs, CA as a Family Coordinator for the hospital’s hospice program, a position she found enormously fulfilling.

Mary Ann permanently “came home” to Henderson Harbor in 2004, where she lived on Reed Canal Road (named after her grandfather, Claude Archibald Reed). In the years that she spent back in the Harbor, Mary Ann became an honorary member of the Maurer and Culkin families and her children got to know and appreciate the area she so loved. She was an active member of the community, participating in Bridge Club, the Henderson Harbor Historical Society, Lightning Club dinners, book club and Etude meetings, and enjoyed a lively group of friends with whom she was always eager to share conversation, a glass of chilled red wine or a vodka tonic.

Those who knew her regarded Mary Ann as funny and cheerful, smart and stylish, politically engaged and always informed about current events and the latest town news. She was loving, fun-spirited and had Irish eyes that sparkled bright.

Mary Ann is preceded in death by her sons Christopher Stewart, James Robert and Stephen Joseph and her husband Stephen Delio. She is survived by three loving daughters: Mary Victoria Gandolfo of La Quinta, CA; Margaret Gandolfo Gabriel of Aliso Viejo, CA; and Christina Marie Gandolfo of Glendale, CA; her daughter-in-law Heidi K. Anderson of La Quinta, CA; her son-in-law Gregory G. Gabriel of Aliso Viejo, CA; and grandson Cody James Gandolfo of Phoenix, AZ, as well as numerous “fur grandchildren.” She will forever be missed by all who knew her.

The family is planning a celebration of Mary Ann’s life in the early summer months in Henderson Harbor with details to follow.