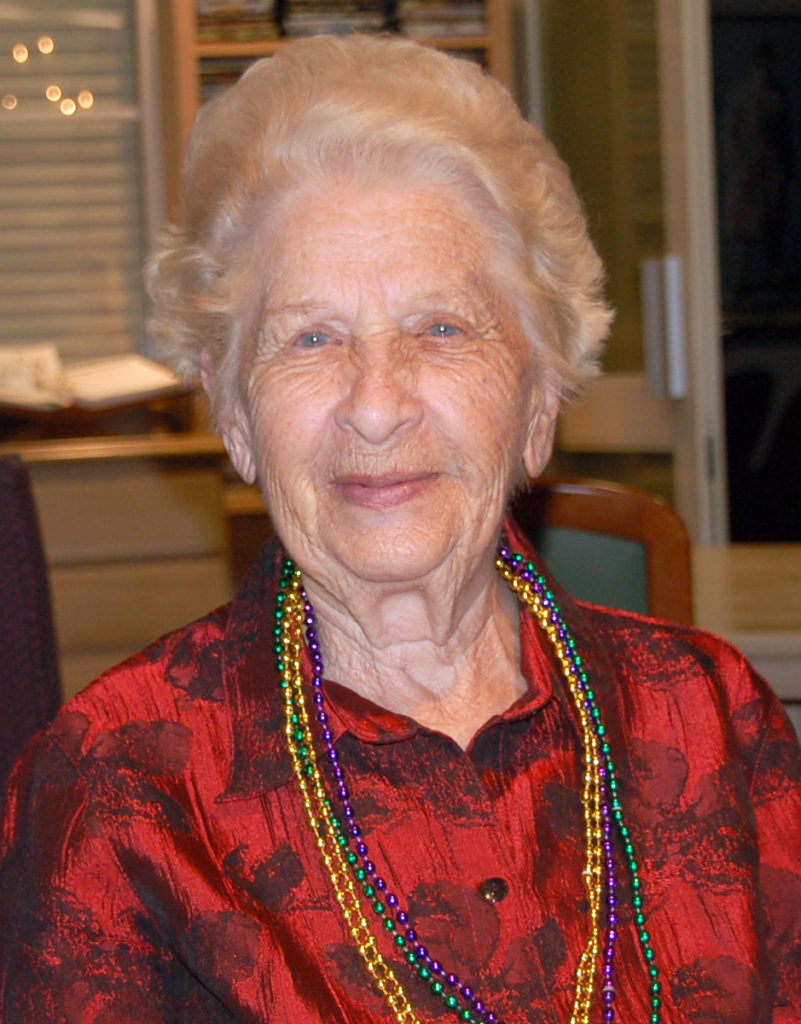 Marie Henderson (nee Sheehan) passed peacefully at the age of 91 on May 2, 2018 surrounded by her family members.  She was a wonderful mother, wife, grandmother, sister, aunt and friend and will be missed by all who knew her.

Marie was born in Limerick City, Ireland on 3/2/1927.  She came from a loving family of loving parents and 7 children who remained close throughout their lives.  Her optimism was rooted in that early family life.  She described her family life as very happy and she often joked and said she didn’t know they were poor, always considering themselves upper middle class.  She continued to recall her parents even after their passing, remembering her loving, funny and industrious mother, Delia and her quiet, hardworking father Tom who worked all the overtime he could to provide for them earning 3 pounds/10 a week to feed a family of 9.

She came to the United States in 1949, the first of her siblings to do so and stayed with her aunt in Queens, New York.  She described those days as chaotic with her aunt’s family including her cousins and their children living in the 3 story house in Jackson Heights.  She took the subway into the city where she worked at Lord & Taylor in Manhattan, and later at  American Airlines.  She met and married the love of her life, Raymond Henderson in 1954 and his job took them from New York to Dallas Texas and then to Costa Mesa California where they lived from 1964 until his death in 1992.

She worked at Orange Coast College for more than 20 years.  She enjoyed going to daily mass and going out for coffee with her many friends afterwards.  She lived in her home until 2008 when her short term memory problems meant that it was time to move.

Her children Elizabeth, Michael and Diane had happy childhoods with parents who loved to travel and to roadtrip on the weekends.  She was a devoted and caring grandmother to Kelly, Larisa and Adriana and loved spending time with them.  Each of her children, Elizabeth, Michael and Diane loved her dearly and have nothing but fond memories.  Even when her dementia worsened and she was weaker, she was happy and showed great love and appreciation.

She lived at the Wellington in Laguna Hills from 2008 until 2017 when she needed more care and moved to Adelanto Covenant Care.  She was happy in both, and appreciated the kindness of the caregivers there.  She was blessed with the rare quality of being happy and content in the moment, joking with her caregivers right up to the end.

She is survived by her 3 children Elizabeth Henderson, Michael Henderson and Diane Felgenhauer and her grandchildren Kelly Meade, Larisa Henderson and Adriana Henderson as well as a great grandson Jackson Browne (2 mos. old).  She is also survived by her sister, Noreen Roughan, brother-in-law Joe Roughan, sister-in-law Marge Sheehan, and brother-in-law Gerry Phelan as well as dozens of nieces and nephews and great nieces and nephew who all loved her.  She will be remembered by all with love for her kindness, her gentleness and her good humor.