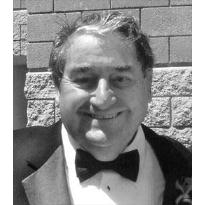 Louis Brutocao, former Mayor of the City of Covina and prominent business and political leader, died Thursday evening, September 25. Brutocao was 88 years old. He had been diagnosed in March 2007 with Glioblastoma Multiforme, a highly aggressive brain cancer. He had exceeded expectations for both survival and quality of life, with the aid of a novel treatment program through UCI Medical Center. Mr. Brutocao continued to welcome visitors, attend church, make weekly visits to his office, and enjoy activities with his family, until just weeks before his demise. In July, he attended with more than 40 relatives, the 25th annual family vacation established to honor his wife, Dorina, who died in 1983. Brutocao died in his home in San Juan Capistrano, where he has resided since 1995.

Mr. Brutocao was born in Fort Erie, Ontario, Canada, on January 24, 1920, the son of Italian immigrants. He lost his father at the age of nine, and his mother struggled to make ends meet until Louis and his 6 siblings each established their own careers. Louis had to discontinue his education after 12th grade, and became a toolmaker. In 1942, he married Dorina Pacini in Toronto. There, he and his brothers, Angelo & Leonard, established the Brutoco Tool Company, which produced parts for the military in WWII, as well as innovative, vasted popular appliances which he patented in Canada and the U.S. In 1951, at the age of 31, he moved to Covina, with the intention of retiring in the Golden State. Instead, the brothers operated a 1.5-million-hen egg ranch, then built the Covina and Anaheim Bowls. These iconic buildings contained businesses that were unprecedented for the 1950’s, in offering a complete family recreation center complemented by such services as child care, hair styling, fine dining, and nightclub-style entertainment, including such Las Vegas acts like Rowan & Martin, Vicki Carr, Liberace, The Smothers Brothers. Business activities more recently have involve real estate development projects – generally in association with his children – in Orange County, the San Gabriel Valley, and Big Bear.

Mr. Brutocao played a major role in building Sacred Heart Church in Covina, and was instrumental in establishing Queen of the Valley Hospital in West Covina. He was also a key supporter of Covina’s Inter-Community Medical Center, Manresa Retreat House in Azusa, and Life-Savers Foundation of America. The major faculty award at the University of Santa Clara is named in his honor: the Louis & Dorina Brutocao Award for Teaching Excellence. In 2006, the University of Notre Dame dedicated a sculpture entitled In Celebration of Family, in honor of the Brutocao family.

Mr. Brutocao first served on the Covina City Council in 1972, and was elected Mayor two years later. Mayor Brutocao successfully brought back an opening prayer to Council meetings, with a verse written specifically for elected officials. In 1976, Mr. Brutocao ran a tough race for Congress, in the 33rd district, a race he narrowly lost to the incumbent Democrat. In the subsequent election, Brutocao provided key support to a young protégé, David Dreier – who has represented the district continuously for the past 28 years. Brutocao operated restaurants in the East San Gabriel Valley, including the popular Crushed Grape, in West Covina. Brutocao’s wife Dorina was afflicted with colon cancer in 1980, and Mr. Brutocao devoted himself to her care for the next three years.

A man of strong faith and conviction, Brutocao was active in the Catholic Church throughout his entire life, including membership in Legatus and the Knights of the Holy Sepulchre. Just two years ago, Brutocao traveled to Lourdes, France, with the Knights of Malta, as a volunteer escorting gravely ill patients across the Atlantic to the famous shrine of Our Lady of Lourdes. His own cancer was found less than one year later. Brutocao has been a parishioner in the last decade at Mission San Juan Capistrano. A Rosary & Vigil will be held at the Mission Basilica 31414 El Camino Real, San Juan Capistrano, on Monday, September 29, at 7pm. The funeral Mass will be at the Mission on Tuesday, September 30, at 10am. A private internment service will be at Our Lady Queen of Heaven Cemetery, in Rowland Heights, on October 1.

The family requests no flowers be sent. Memorial donations may be made to Brutocao Family Foundation, 4 Venture, Suite 220, Irvine, CA 92618. BFF is a recognized non-profit Foundation, established in 1983 in honor of Louis & Dorina Brutocao, to support selected programs benefitting educational, health, and social causes.