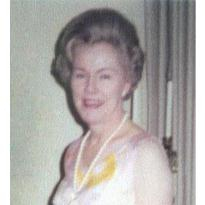 Leonore Anne Hughes Clannin 96 passed away on Monday, December 22, 2008. She was born August 26, 1912 in Illinois, and had moved to California with her husband Ralph Clannin in 1965. They resided in Santa Monica, Playa del Rey, and most recently in Laguna Woods, California.

She also leaves a sister-in-law, Chloe Large, and friends Terry Lamden and Joe Kelly. Nieces Mary Ellen Hughes, Mary Todd Curran and her family, nephews Dick Hughes and his family and Patrick Todd and his family. She had many wonderful friends both in Illinois and California. She was particularly fond of Mike and Barbara’s friends, Bill and MaryAnn Mullin, their children Christopher, Kelly and Jeffrey and their families.

Leonore and her family will always remember the loving and dedicated care she received from her caregivers, Lily Branzuela and Sally Evasco, over the past 10 years. We cannot thank them enough for the wonderful care they both gave her.

Leonore was predeceased by her husband Ralph Clannin, her parents Frank and Ellen Hughes, her sisters, Ruth Hughes and Isadore Hughes Todd, her brothers, Richard Dick Hughes and Wayne Large.

She had several different careers, which included a self-owned hair salon and dress design shop. Leonore will always be remembered as impeccably dressed, with her slim and elegant style. She also worked at Saint John’s Hospital in Santa Monica, California, in recovery room administration.

Leonore had a passion to help those in need, and was a very devout Catholic with daily rosary to the Virgin Mary. She also expressed her love of music, starting with the violin at a young age, and continuing to play the organ well into her 80’s.

Funeral services were arranged by O’Connor Mortuary, Laguna Hills, CA. A Mass of Christian Burial will be held at Saint Nicholas Catholic Church, 24252 El Toro Road, Laguna Woods, California at 9:00 AM on Tuesday, December 30, 2008 followed by interment at the Mausoleum at Holy Cross Cemetery in Culver City, California. Friends can leave a ‘Fond Memory Note’ of Leonore for Michael and Barbara at barbaraclannin@yahoo.com.