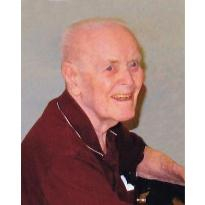 Leonard Torkel Fosse was born November 10th 1919 in Webster, South Dakota. He lived in Hawthorne, California for many years where he attended the Inglewood Coven Church, and The Hawthorn Christian Alliance Church. He moved to Orange County in 1975 with his wife Wilma Fosse. Wilma died in April of 2000. His son died in 2003.

In March Leonard fell and fractured his spine in two places. He went through much pain and suffering even with heavy medication. He went to be with the Lord July 24, 2011 at 0:53 am. His daughter, Sandra is his sole survivor. A month before his death he told his daughter Sandra, ‘I don’t know how people go through life without knowing the Lord. And I don’t intend to learn how now! I couldn’t go through a thing like this without Him. And I don’t intend to start now.’ Leonard was strong in his faith with God. He had a good sense of humor. He was a pattern maker. He designed aircraft. He was a World War II veteran. He was in the Army. He had three half-sisters, a younger brother, and sister. He died at the age of 91 years, 8 months.

His friends and family have said of him: ‘He was a man that lived his faith every day of his life…’ ‘He was a sweet, sweet, sweet, funny, wonderful man.’ ‘We will all miss him very, very much…’ His daughter said, ‘He has loved God and his country for as long as I can remember from my childhood on up.’

The services will be at O’Connor Mortuary Chapel, 25301 Alicia Parkway, Laguna Hills, CA. Rev. John McClure will facilitate the services. Leonard’s resting place will be next to his wife Wilma at El Toro Memorial Part, 25751 Trabuco Rd., Lake Forest, CA.

In lieu of flowers his request was to make donations to the American Cancer Society.