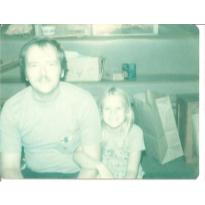 Leonard August Horstman passed away at his home this past Friday from complications of the heart. The doctors’ prognosis was his heart grew so large it stopped, but the real truth is he had loved and been loved so much that his heart could no longer be contained. His life revolved around his dear loving wife Monica and their six children, his great joy was in his eleven grandchildren.

He was born in Torrance, California, on April 3rd 1943, the oldest child of three. Raised and educated in his Catholic faith, Len loved God and he labored faithfully spreading this love to his children and all of his grandchildren. He was a Eucharist minister and continued to seek more knowledge about his faith into his 60’s and ultimately earning his Master Catechist from the church. Len taught this knowledge to his fourth and fifth graders in religious education classes. He was a student of history and had a passion to learn and then teach. Late in life he would combine these two by traveling Europe with Monica and to his favorite Italy four times, visiting the Vatican and the many Churches, comparing the book history in person. He would share these experiences over and over again with whomever he would come in contact with.

After serving his Country in the Air Force, Len started his professional career working for Clark drugs for ten years. He took this knowledge and started Horstman’s Hallmark in Fashion Square Mall in 1974. For twenty-five years he would grow this business and ultimately all of his children would come to work and learn from him the secrets and responsibility’s to success as a business owner. Up to his passing Len was a Real Estate professional in Orange County. The same patient, kind, and great listener traits that made him so loved by family and friends gave him great success in this profession.

He loved to sail, whether it was one grandchild at a time on the little Sabot or the whole family on the La Dolce Vita he took all these opportunities as life’s teaching moments. He shared his Dad’s love of wood working and passed this onto his children and grandchildren as well. A Boy Scout himself he encouraged his children and grandchildren to be involved in sports, teams, or other character building pursuits. Because of this Len would often be at Scout camp, dance rehearsals, riding lessons, baseball, or the many other activities his grandchildren were involved in.

He is survived by his wife Monica, his brother Roger, and sister Kathie; his children Jacquelyn, Brian, Chad, Scott, Kevin, TJ, and his eleven grandchildren.

‘His master said to him, ‘Well done, my good and faithful servant. Since you were faithful in small matters, I will give you great responsibilities. Come, share your master’s joy.’ Mt 25:21.