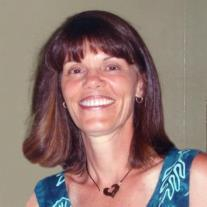 Lee Bryn Brooks was born on Valentine’s Day of 1951. A native Californian, she was raised in Torrance by parents Robert Francis Jones and Louisette Margaret Diotti, along with her three brothers Bob, Jim, and Scott. She attended North High School and graduated in 1968. Though she knew her husband, Dan Brooks, in high school, she would not meet him again until their ten-year high school reunion. They were married just two years later in 1979.

She went to work at Prudential Insurance right out of high school, and later began her 35-year career in education. She has worked for Irvine Unified School District for the last 30 years in a variety of roles, most recently as Executive Assistant to the Superintendent. At IUSD, she found her true occupational passion. She served as an invaluable member of the Leadership Team with her insight and far-reaching knowledge of the legacy of the organization.

Her most cherished roles, however, were mother to her daughter Amber Marie Linehan and son-in-law Jeremy Linehan, and grandmother to her two grandchildren, Ben and Holly. Her grandson Ben dubbed Lee with the new name of “Dot” and the name stuck. Dot loved her family and found joy with them every day. She was a perfectionist in both her professional and personal life. Her charisma and passion will be missed every day by the many people that love her.