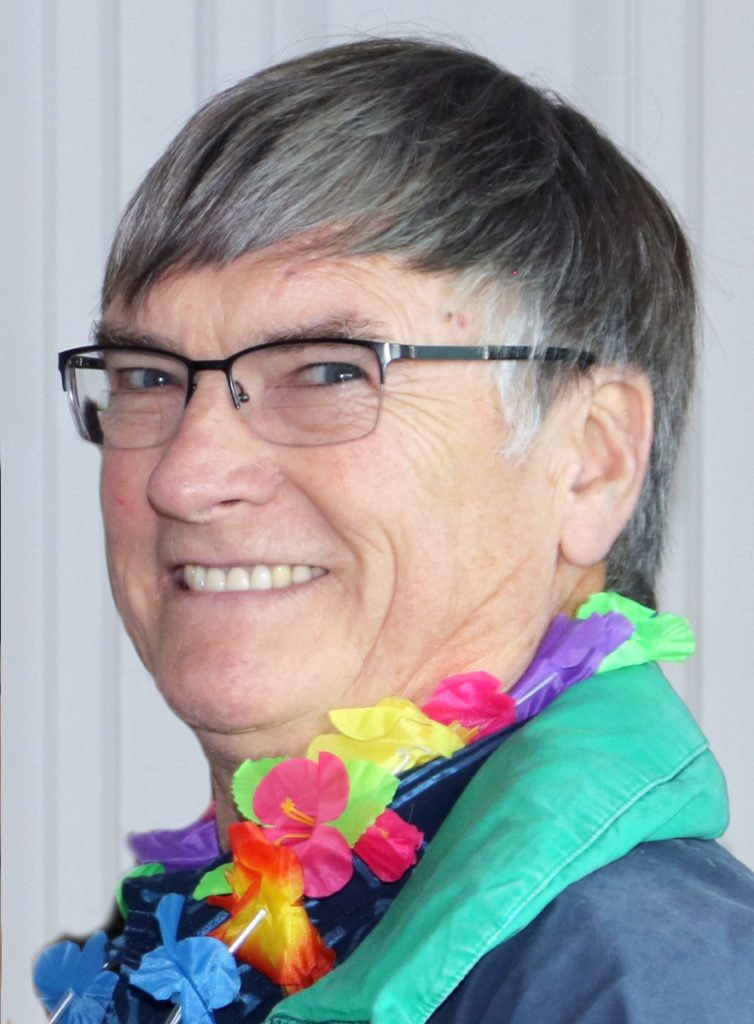 “Life is what you make it”

Known by many as “Mr. Fix It”, Larry was always up to offer a lending hand to neighbors, friends or family. He could swap a transmission in a weekend, build a trailer for his local church, fix a broken lawnmower, run electrical, or rebuild a ’65 mustang for his daughter’s first car. No matter the project big or small, Larry could “MacGyver” anything. He was an avid reader, loved spending time with his grandchildren Emilee Simicich & Lorenzo Funk (especially sharing ice cream or building snap circuits). You’d always see Larry in his vibrant Hawaiian shirts, indicative of the beautiful life he lived. Over the years, you could find him on a pit crew at Evergreen Speedway, driving the Sunday School bus, singing in the church choir, hanging with Cadman buddies, cheering on his daughters & grandchildren at various activities, or in his giant garage fixing, building or tinkering on something. He’d happily & patiently share his knowledge to those much less “fix-it” inclined.

Larry was a devout Christian who spent 65 years in Snohomish County prior to his retirement in 2012. He’s preceded by his parents, Alfred Charles Funk & Carol Fern (Goshorn) Funk. As a young boy, Larry grew up in Sultan & Snohomish. Both Larry & his father were loggers. He graduated from Snohomish High School ’66. After school, he served honorably 4 years in the US Marine Corps stationed at Camp Pendleton in San Diego, CA. He met his wife of 45 years, Annie Funk in 1972, shortly after he was discharged. They made their home together & raised their family in Monroe, WA. Larry was a kind, hard-working man providing for his family as long-haul truck driver, cement truck driver, mechanic, batch plant operator but so much more. If there was a job that needed to get done, Larry was there to help see it through.

Larry was a silent inspiration & role-model to many. He led by example with a vigorous work ethic & faith second to none. His priorities were his family, church & his community. Larry’s deep & lasting faith in God set a powerful foundation. His grand-daughter, Emilee said it best, “My grandpa was by far the best man I have ever met and I would not know Jesus if it were not for the guidance he gave me. I owe everything I am to this man and my life will not be the same without him. I know now that he is freed from the chains that held him here, and that he had finally reached God’s kingdom, and for that I am forever grateful.”

Larry’s final wishes were to help ensure that his wife, who’s completely blind, would be ok. In lieu of flowers, we’ve set up Annie’s L.O.V.E Fund, a GoFundMe initiative, which will go to purchase visual aids that’ll support Annie in maintaining her independence & making day-to-day tasks easier. https://www.gofundme.com/annielovefund

Larry’s loved ones are grateful for the many cherished memories, friendship & guidance. They’re comforted that he’s out of pain & have a new angel looking down from the heaven’s above.

Special thanks to Dr. Lam, Dr. Ritter, & the staff at New Haven Hospice for the exceptional care given to Larry & his family.