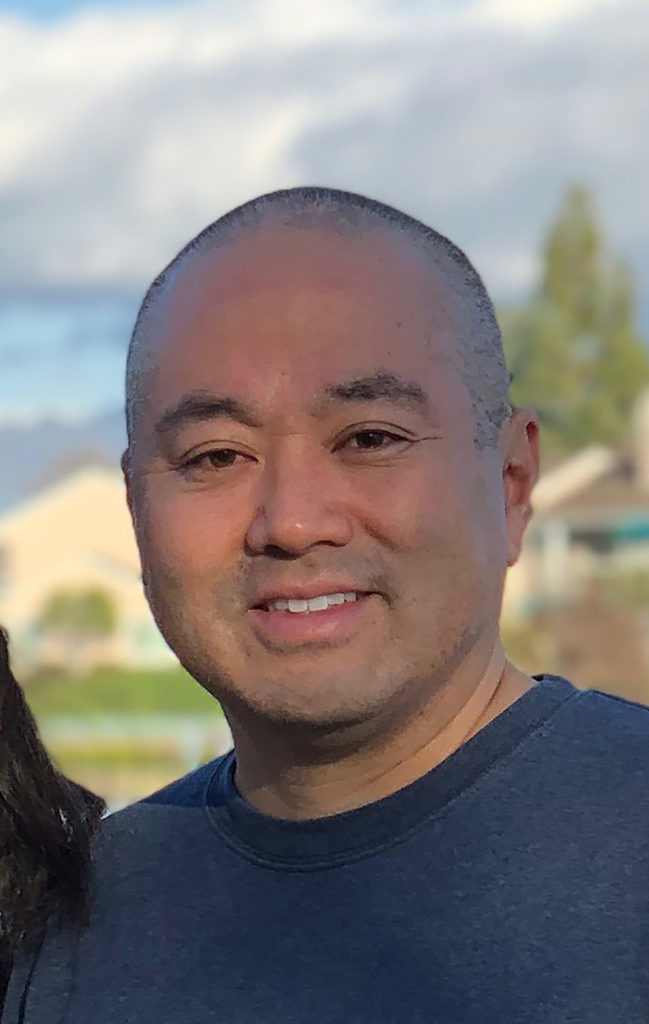 Kevin Tadao Hagihara, 51, of Irvine, passed away suddenly and went to be with the Lord on September 1, 2020.

The second oldest of four children, Kevin was born on May 21, 1969 to Frank and Tomi (Morishita) Hagihara in Salt Lake City, Utah.  At the age of seven, Kevin’s father Frank passed away.  Kevin lived in Bountiful, Utah until the age of 14.  After Ralph married Tomi, she and her sons Ken and Kevin moved to Kwajalein, Marshall Islands, where they lived for the last year of Ralph’s tour with McDonnell Douglas and then relocated to, then, El Toro, California.

Kevin graduated from El Toro High School in 1987 where he lettered in soccer.  After high school, Kevin attended UC Irvine, where he was a member of the Lambda Phi Epsilon Fraternity, Metamorphosis and AACF.  While attending UC Irvine Kevin received Christ as his Lord and Savior.  In 1991 while serving in the Pacific Coast Free Methodist Conference junior high summer camp he met his future wife, Julie.  In 1992, Kevin became an active member of Anaheim Free Methodist Church (AFMC), where he coordinated the youth summer camp programs and played guitar and drums as part of the church worship teams. Kevin and Julie (Miyahara) were married in 1999 and their daughter Kristen was born in 2003.

Shortly after college, Kevin started working in the healthcare industry at Pacific Health Care Systems then moved onto CompReview/HNC Heatlhcare Systems/ Fair Isaac and then Stratcare/Conduent and Medata.  He would spend over 12 years at Conduent and at the time of his passing he was the Program Manager of State Reporting at Conduent.

In February 2014, Kevin was diagnosed with Chronic Myeloid Leukemia (CML).  He endured constant side effects from the medication, but he always found a way to spend time with his family and make them laugh.

Kevin was a wonderful husband, loving and protective father, caring son, brother, uncle, nephew and friend. He is survived by his wife of 21 years, Julie; daughter Kristen; brothers Ken (Joyce), Matt (Susan), and George (Joanne); nieces Ashley and Brooklyn and nephews: Nathan, Grayson, and Corban. Kevin was preceded in death by his father, Frank and his step-father, Ralph.

A private family service will be held on Friday, September 25, 2020 at O’Connor Mortuary.

A graveside service will be held on Saturday, September 26, 2020 at Pacific View Memorial Park.

A service celebrating Kevin’s life will be held at a time yet to be determined.