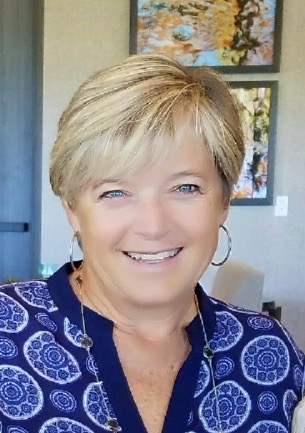 Kathryn Anne Hixson, age 61, passed away peacefully on October 5, 2022 after a four year battle with ovarian cancer. She was born on June 12, 1961 in Las Vegas, Nevada to Richard and Donna Skaer and was the oldest of four daughters. While Kathy’s parents were California natives, Kathy spent most of her childhood in Canada, living both in the suburbs of Vancouver, British Columbia and the outskirts of Toronto, Ontario.

After graduating college, Kathy moved back to southern California to be close to family. She would eventually meet her husband, Brian, at a job where she was the office manager and he was a young civil engineer. Kathy faithfully loved Brian for thirty-six wonderful years of marriage.

Kathy loved being an involved mother to her three children. During her children’s school years, she would be PTA president of the de Portola Elementary, Girl Scout troop leader, soccer mom, head Drama Mama, and volunteer to help wherever she could. During the early years, Kathy loved being a stay at home mother. But as her children aged, Kathy found a lot of joy in going back to work. She worked many years as an instructional assistant in special education settings, both at the elementary and high school level. She would end her career in education working as the lead payroll technician for Saddleback Valley Unified School District.

When she was not working, Kathy loved to travel with her husband Brian, her three sisters, and close friends. She journeyed all around the country, both by trailer and motorhome and also by plane. She loved camping, hiking, wine tasting, and playing cards on these recreational adventures. She was also a world traveler, going to Europe several times and visiting her daughter in New Zealand while she was studying abroad. Even in her cancer treatment, Kathy would not let her chemotherapy stop her from exploring and living life to its fullest.

Brian and Kathy were members of Saddleback Church for thirty years and have been blessed by many friendships and small groups that have developed in their faith journey. Kathy’s faith in Jesus Christ was deep and in her final days, she took comfort in knowing she would be with the Lord in heaven at her passing.

Kathy is survived by her husband Brian Hixson; her three children and their spouses Chris and Jenn Hixson, Corey and Jill Johnson, and Christian and Kelley Wendlandt; her three sisters Debbie Beltz, Laurie Fernandez, and Sharon Woods; and her six (almost seven) grandchildren, whom she just adored. 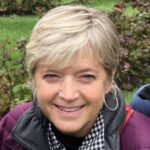