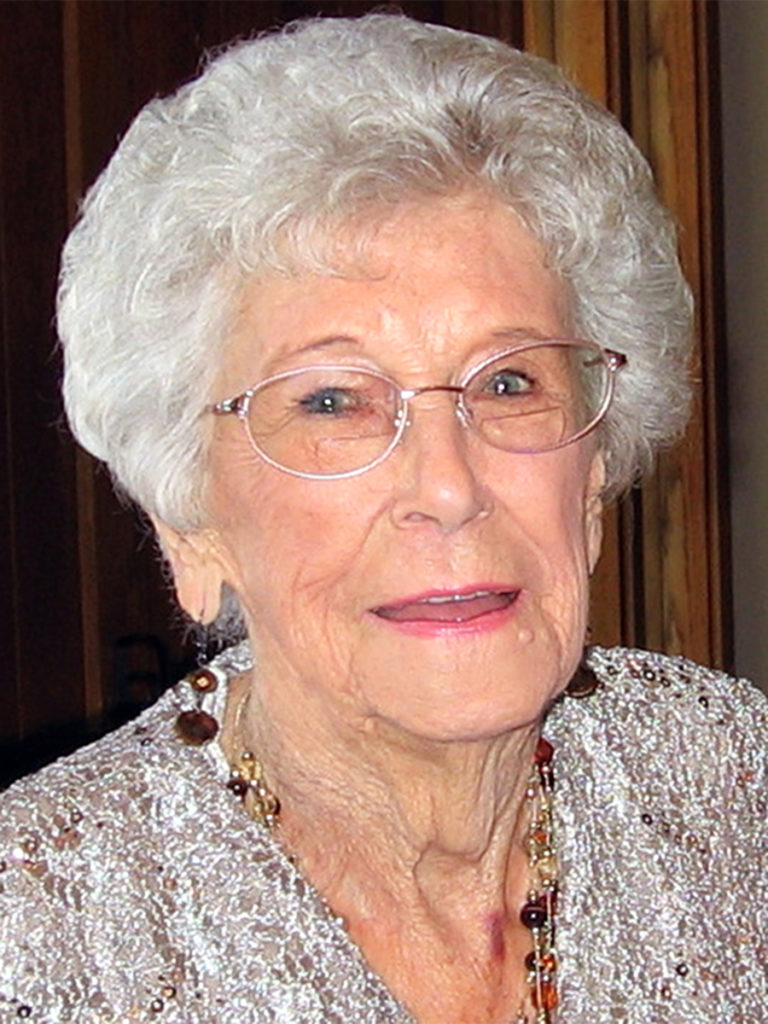 Kay was born January 27, 1929 in Greenpoint, New York, to Thomas and Mae Condon. When asked about her childhood Kay would respond that she had a good childhood and loved spending time with her Grandmother and her Aunt Mary. She attended the Brooklyn School of Homemaking, with her heart set on becoming a nurse. In 1945 her father was seriously injured in a truck accident and she was forced to quit school at the age of 16 and work full time to help support the family.

Kay met the love of her life, Bill, at a Knights of Columbus dance on August 21, 1947. That night he invited her to watch him play baseball the next day and thus started a 65-year romance. Kay and Bill were married at St. Anthony’s Church in Greenpoint on September 10, 1949. Three days after they were married, with $800 in their pockets, they bought one-way tickets to Los Angeles. Once there, they both looked for work and they were down to their last $200 when Bill found work in a machine shop. This allowed the couple to stay in California instead of having to move back to New York. In 1950 Bill got a job with the US Postal Service which allowed them to move into a rented house where their first two children (Bill and Susan) were born. Kay scrimped and saved over the next few years and convinced Bill that they could afford to move into a new house in Norwalk in 1955. This is where their final two sons (Mike and Chris) were born and where all the kids were raised with love and affection.

Kay was viewed by the neighborhood wives as a very good friend who would jump in and help whenever needed. She was also a fixture at St. John of God Church and School, helping in many capacities as her children grew up.

When the kids had gotten far enough through grade school, Kay took jobs with both John Glenn and La Mirada High Schools where she worked for 25 years before retiring in 1990.

Kay’s nine grandkids loved to see “Grandma”, and she would constantly be asked to make her famous macaroni & cheese or chicken and rice dishes. She loved them all dearly and cherished all her time with them.

Kay left this world on February 11, 2019. She held her beloved Bill to his promise that he would get things ready for her arrival, when her time came, and they could be together again.