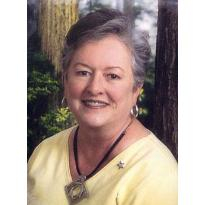 Born in Long Beach in 1944 as Judi Beauchamp, Judi graduated from Poly High School in 1962. She went on to attend college at Oregon State University where she met and fell in love with her husband of 43 years. Dave and Judi were married June 19, 1965 at St. Barnabas Catholic Church in Long Beach. Dave served as a Naval Officer and together they were stationed in San Diego, Hawaii and Long Beach. Ultimately, she earned a Bachelor’s Degree in Education from San Diego State University and later a Master’s in Administration from Long Beach State University.

Judi began her 40-plus years in the career of education, teaching at Washington Middle School, Stanford Middle School, Newcomb Academy, and Lakewood High School as an Attendance Officer. She continued her career in education as an administrator working as an Expulsion Services Director, Vice Principal at Hughes Middle School, and then Principal at College Intermediate. College Intermediate later reopened as Butler Elementary where Judi served as the first principal. She then went to Burroughs Elementary and retired in 2007 as principal of Carver Elementary. She was well loved and respected and was voted Principal of the Year seven times by her teachers at both Burroughs and Carver Elementary Schools.

In addition to her years in education, Judi was passionate about her family. She was a staunch supporter of her husband and an everlasting encouragement to her children. Judi took great joy in spending time with her grandchildren who knew her as ‘Grammie’. She was the epitome of unconditional love. Judi had a great love for cooking, entertaining, and gardening. She will be deeply missed by many.