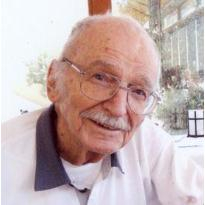 Joseph was born on August 17, 1921 in Texas and adopted at the age of 5 from an orphanage in Waco, Texas. When he was in High School, he moved to Long Beach, California, and graduated from Long Beach Polytechnic High School. He enlisted in the National Guard while still in high school, and upon graduation worked in aviation. He volunteered to enter the US Army Air Corp in 1942 and became an air transport radio operator stationed in Casablanca. During the war, he flew over 1800 hours covering over 500, 000 miles around North Africa and Southern Europe, as well as across the Atlantic Ocean to South America, escorting several dignitaries including Humphrey Bogart.

After World War II, Joe married and went to work at General Telephone and Electric Co. in Long Beach, California. He obtained his ham radio license in 1947 and became known as Brownie W6ZVD throughout his next 63 years. Joe became proficient in radio, microwave, fiber optics, mobile and cell phones and helped countless colleagues erect their radio antennas. After a divorce, he met Dorothy at a GTE office where they both worked; they married on November 21, 1979 in the grass shack chapel on the Coco Palms grounds on Kauai, Hawaii. Three years later, Joe retired from GTE after 35 years of service. They moved to Yucca Valley, CA and spent the next 15 years blissfully traveling the US and Canada in their RV. In 1997, Joe and Dorothy moved to Irvine, CA to be close to relatives and soon joined Liberty Baptist Church. While their RV days became wonderful memories, they found a new favorite traveling outlet, taking 2 cruises from San Diego to Hawaii, and 1 cruise from Vancouver to Alaska.

Joe passed away on March 15, 2010 at Hoag Hospital with his wife at his bedside. He is survived by his wife, Dorothy, stepdaughter Marilyn and her husband Ed, and grandchildren Don, Mike and Steve, April, and Brian.