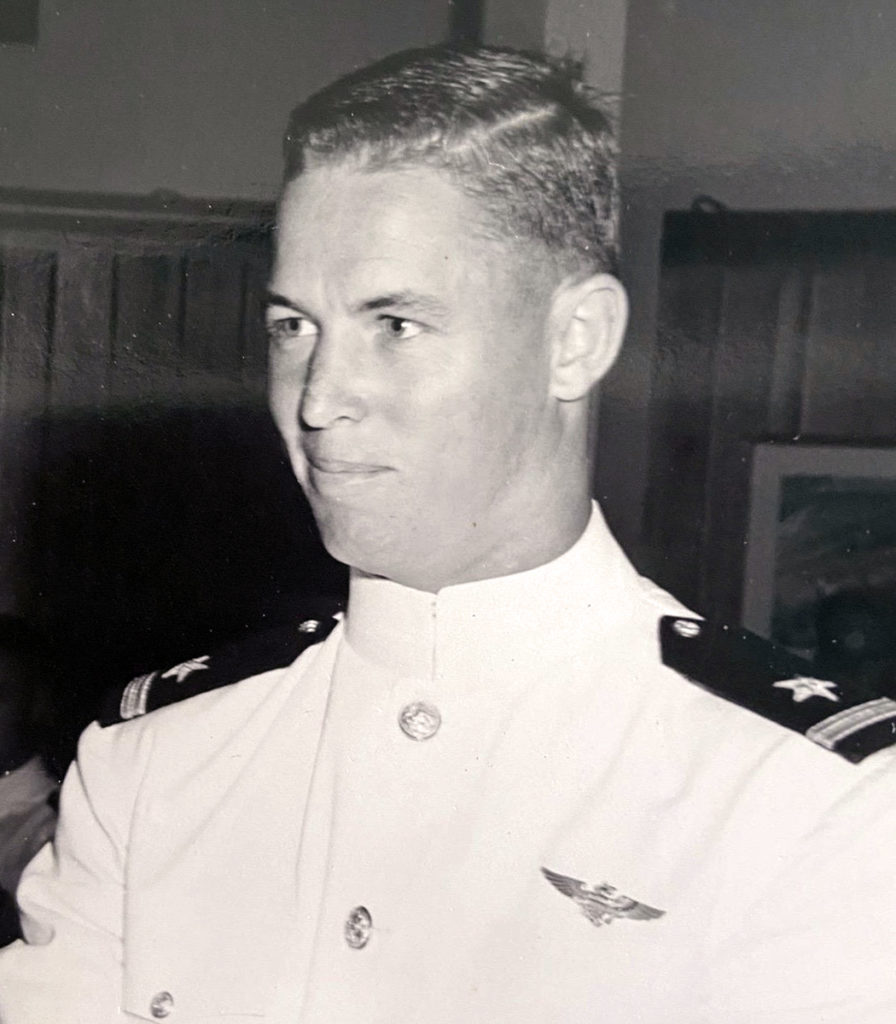 CAPT John Wesley Fowler, USN (Ret), loving husband of Emily (Sunny) Elliott passed away on April 17, 2020. John was born in Lancaster, Ohio on December 14, 1928 to Wesley Royal and Mary Ester Fowler. In 1934, along with his sister Dorothy Ann, they moved to Southern California, finally settling in Balboa.  With a beach for a front yard, John fell in love with the ocean.  A gifted athlete, he was a strong swimmer, a lifeguard, and a surfing regular at San Onofre back in “the day”.  While serving as a lifeguard, he met and fell in love with Nancy Margaret Pearl Collier, the daughter of Leon Bernard and Elizabeth (Matson) Collier. Together, Nancy and John raised “the Fowler Boys” who survive John: John Steven (Baker, FL), James Jeffery (RSM, CA), David Wesley (Dumfries, VA), and Paul Jay Fowler (Lake Forest, CA).  John and Nancy were married for 49 years, spending their retirement years on Balboa Island and then moving to Apollo Beach Florida in 1996, were Nancy passed away in April 2000.

Adrift from Nancy’s passing, John returned to Southern California, rekindling friendships from his younger days.  In doing so, he rang up the Elliots, only to find out Sunny was similarly adrift following the death of her beloved husband, John Elliott.  A loving relationship was kindled, resulting in their marriage July 28, 2002.  Living on Balboa Island, they enjoyed tennis and golf, traveling throughout the world, and sitting outside watching the boats and people go by.  John is survived by his wife Sunny, Kent Elliott (Newport Beach, CA) and Blair (Elliott) Paige (Piedmont, CA).

John graduated from Newport Harbor High in 1946, where he was quarterback of the Newport Harbor High Sailors thereafter attending University of Arizona and then UCLA. John’s favorite stations during his 27 year Navy career were Commanding Officer of VAW North Island, CA, Executive Officer of the U.S.S. Franklin D. Roosevelt, and military attaché to the U.S. embassy in Colombia.

Besides Sunny and their six children, John is survived by his loving sister Dorothy (Palm Desert, CA), former sister-in-law Sally (Collier) Shampine, her awesome children Steve, Jay, and Sarah Rector, and a multitude of children-in-laws, grandchildren, and great grandchildren.