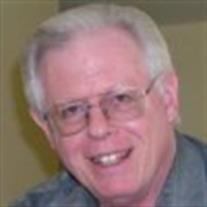 John Steven Kistner passed away on October 11, 2015 at his home in Menifee, CA, with his loving wife by his side. John was born in Bakersfield, CA on October 30, 1946, and lived most of his childhood in West Los Angeles, where he met and kept special friends for the rest of his life.

John attended and graduated from Cal Poly – San Luis Obispo with a bachelor’s degree in Business Administration, with concentrations in Accounting, Finance and Property Management. Following graduation, he temporarily moved back to his parents’ home in Long Beach, CA, where he met his soulmate and future wife. Together, they called “home”, many places in Los Angeles, Ventura, and Orange counties, ending up in Riverside county, all while raising four fantastic children.

John is survived by Carrie, his one and only beloved wife of 43+ years, two daughters, Kimberly and Angela (Ben), two sons, Christopher (Carrie) and Nicholas (Katie), was blessed with five grandchildren, plus “one in the hopper”, and two brothers, Robert and David, plus the best in-laws that could be asked for, Jim and Darlene Meyers, and wonderful brothers- and sisters-in-law, numerous nieces and nephews and many friends. Predeceasing him were his parents, Carl and Lorraine, and his brother Jim.

John’s passions in life included music (especially piano), motorcycles (the most recent of which was a Honda GoldWing), and HO train layouts, and could not get enough exposure to any of them.

John was looking forward with great anticipation to finally meeting both our Savior, Jesus Christ, and our Heavenly Father, and resting in their perfect love for all eternity. His wish will now become reality.

John had previously served in numerous ministries at his past parish, Santiago de Compostela Catholic Church, where services will be held on November 07, 2015 at 11:30am with a reception immediately following. Interment will be at 2:30pm at Ascension Catholic Cemetery in Lake Forest, CA.