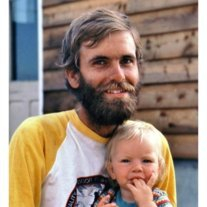 John Patrick Callen, 56, of Rancho Santa Margarita, California, died February 2, 2013 of complications from pneumonia and Muscular Dystrophy. His wife Sheri and daughter Carrie were by his side telling him how much they loved him as he took his last breath.

John was born in Orange on September 25, 1956, and grew up in Anaheim, the youngest of four children of Harry and Lucille Callen. His first home was across the street from an orange grove, and his second home was so close to Disneyland that he could stand on the front porch and watch the nightly fireworks display with his siblings Kathy, Kris, and Tom.

John earned a Bachelor’s Degree in Engineering from Cal State Fullerton, and loved the challenges of his profession. Initially he worked in Seattle with Boeing Aircraft, assisting with the development of the 757 jetliner. He continued working on aircraft during a year in Israel. Then he focused on Structural Engineering, designing and engineering commercial and residential buildings. He opened his own consulting business, Structural Design Services, in 1990 and moved his business to Hilo Hawaii, where he loved to conduct his work from home, wearing flip flops and T-shirts or aloha shirts. His projects took him all over the Big Island, driving down rough dirt roads through old sugar cane fields, to isolated sites in the rainforest, to sites with sweeping views of the ocean, to sites next to old lava fields. He climbed ladders and crawled along termite-weakened beams in old churches and houses. He often donated his engineering services to nonprofit organizations: an educational building for his church, a volunteer firehouse in Volcano, a Habitat for Humanity home, a Salvation Army homeless shelter, a conservation facility for endangered Hawaiian songbirds.

He was well respected among his colleagues for his professionalism, his technical knowledge, his ability to find a solution when others gave up. “He was a greet engineer and because of him I was able to practice as an architect” said Taylor in Hawaii. “He was one of the very few people that I could say I learned a lot from” said Ralph in Orange County. “I have not found anyone I enjoyed working with as much as John Callen. He was so professional, truthful, kind. He inspired me,” said Evelyn. “He was a breath of fresh air with his engineer’s mind. I appreciated his kindness and always being ready to help a dumb Civil Engineer,” said his Civil Engineer friend Art.

Despite the progressive limitations that Muscular Dystrophy began imposing on him when he was 13 years old, John enjoyed adventure and remote travel: cross-country skiing in Mammoth, galloping with the wildebeests on a horseback safari in East Africa, sailing on the Nile in Egypt, whitewater rafting in Costa Rica, elephant trekking in Thailand, eurailing through Europe, tribal visiting in West Africa, exploring Israel and the Occupied West Bank, cruising to Alaska and Mexico, visiting his sisters and their families in Canada.

As his Muscular Dystrophy progressed–robbing him of mobility and dexterity, contorting his body, and forcing him into a wheelchair–people were inspired by his courage, resiliency, ability to deal with adversity, and his sense of humor. “His attitude was always an inspiration to me and I tried to imitate him” said longtime friend Tony.

He was a familiar sight in Rancho Santa Margarita, racing through town with his power wheelchair set on the fastest setting, and a strong grip on the dog leash as his dog Anu raced ahead of him. John learned to fasten his seatbelt after Anu yanked him out of his wheelchair’more than once’to chase a rabbit. John waited for a stranger to come by and help him back into his wheelchair. Although John was strongly independent, he recognized that friendships are often forged when you set aside your pride and accept kindness and assistance that is offered. He believed that we are blessed so that we can be a blessing to others.

John had a wit, intellect, and sense of humor that often caught people off guard. He loved well-crafted words, and listened to Garrison Keillor’s Writer’s Almanac every morning. He wrote engaging letters describing his life in Hawaii, Israel, and Ireland.

It was those letters that captured the heart of his best friend Sheri over the span of a decade. When he finally asked her to marry him, a move to Hawaii was part of the package deal. They spent a decade on the Big Island’on the wet rainy side of the island’where they lived within walking distance of the beach, Wailuku River, waterfalls, rainforest, and downtown art galleries and farmers market. Their home was a tiny 80-year-old sugar plantation house on stilts, surrounded by tree ferns and tropical flowers. They loved visiting Volcanoes National Park to hike and watch the lava flow. They enjoyed hosting parties and bible studies in their home.

But what John loved most was becoming a father to Carrie at the age of 40. He read her Dr. Seuss books and sang her to sleep to “We all live in a yellow submarine.” He carried her outside to the lanai to watch and listen to the rain fall. He drove her to all the ice cream stands and smoothie stands around Hilo for special treats. He took her to the lagoon to wade in the ocean. He read her bible stories. He prayed that he would live long enough to see her grow up.

They moved back to California when Carrie was two, and John delighted in the next 14 years of celebrating his daughter’s participation in swim meets, orchestra performances, choirs, and academic awards. Just about every year there was an ambulance ride to the emergency room or a surgery in which John’s breathing and heart stopped. He knew what it was like to nearly die. But he always came back. Until February 2nd.

John’s faith was important to him in his later years, particularly after the night 9 years ago, when he was with his mother when she died. “I have seen the Lord,” he said at her memorial service. “I have seen the Lord, leaning over my mother’s hospital bed, bending close so she could hear and see him. I watched her gaze up at Him, her expression changing from pain to love. She saw Him, too. It was her pastor who had walked into the ICU and greeted us who were gathered around her bed, but it was God that spoke to her, welcoming her; spoke to us, comforting us. Mercy filled the room that night. God’s hand reached through our paralyzing grief and led Mom quickly through the valley of the shadow of death.”

His ashes will be scattered in Hawaii during Christmas week.

In lieu of flowers, donations can be made to Free Wheelchair Mission (www.freewheelchairmission.org) or Kiva (www.kiva.org)