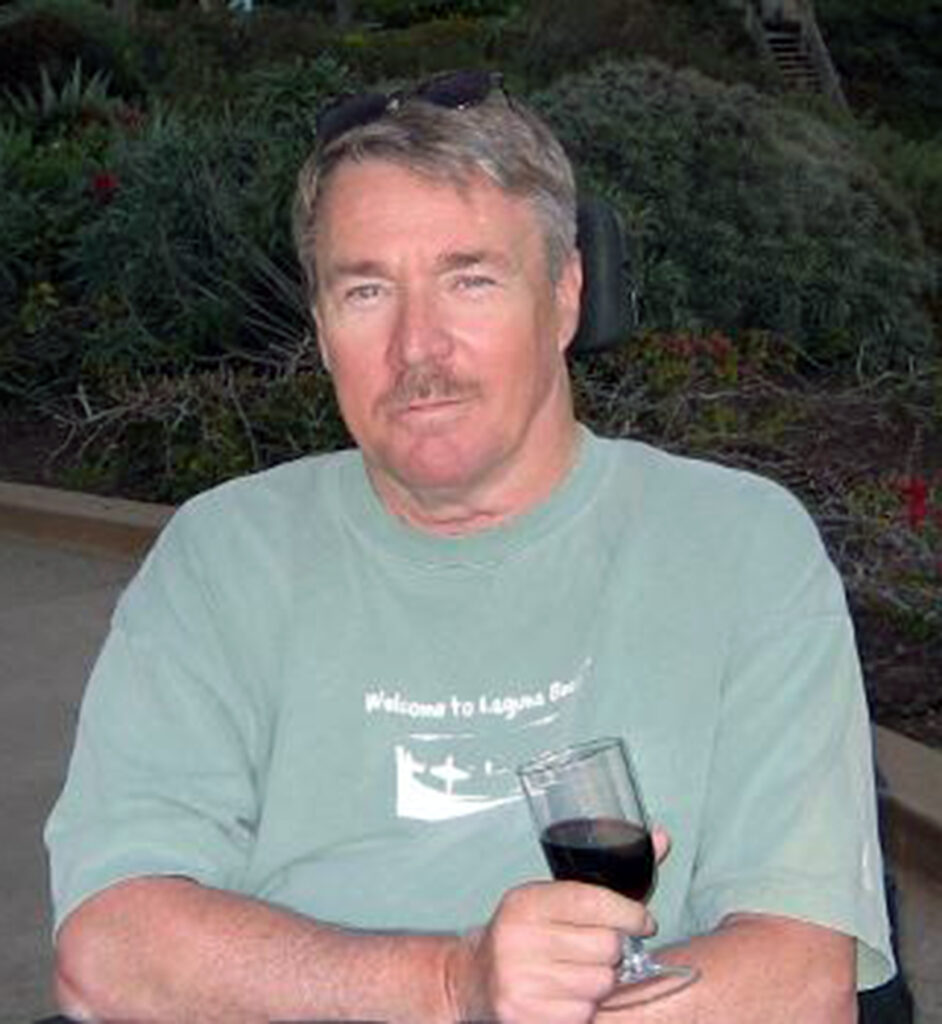 On November 29, 2022, the world lost an amazing human. John Allison, “Jack” to most, passed away comfortably, with his family at his side. He was 72.

Jack was born November 6, 1950 in Los Angeles, CA to Dorothy and George Allison. The youngest of 6, Jack grew up in Long Beach, CA.,surfing and sailing. After graduation from Cal State Long Beach, he continued the family legacy of media journalism. His career began at Channel 12 in Salt Lake City eventually moving on to KPNX Channel 12 in Phoenix. During his time, Jack and his team earned an Emmy award from the National Academy of Television Arts and Science. In 1988, Jack joined KNBC Channel 4 in Burbank. Jack developed stories related to critical events in the LA region including the Northridge earthquake, Rodney King and the LA Riots. He loved being in the newsroom and his passion and talent was evident in the stories he developed.

Unforeseen life events resulted in an early retirement, which led Jack to Mary; “his angel”. Jack and Mary met while both working for New Start Homes, fell in love and settled in Laguna Niguel. During the next 20 years, life ebbed and flowed, but they lived life to the fullest and rarely missed the opportunity for a new adventure. An avid reader and card player, Jack enjoyed bridge and Scrabble games with his brothers and sister and watching the sun set over the Pacific with a nice glass of wine.

Jack is survived and forever loved by his life partner Mary, his children Catherine (Patrick) Pritchett and Stephen (Shannon) Allison, his ex-wife Renee Allison, his extended children Derek (Cecilia) Wiscomb and Kara (Reno) Medina, 11 grandchildren and his brothers and sister.

Private services will be held on the waters of the Pacific in early Spring. Condolences to the family will be kindly accepted through the Guestbook.