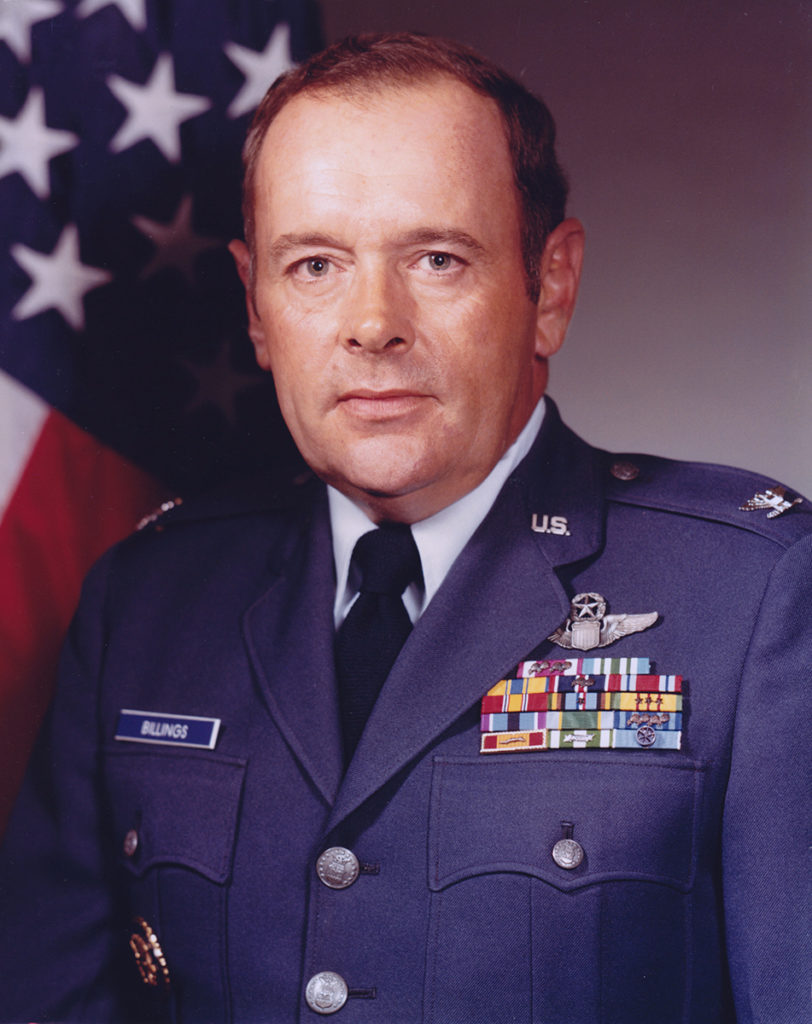 John Henry Billings (Jack) passed away on October 27, 2018 at his home in Mission Viejo, California.  He was 79 years old.

Jack was born on October 31, 1938 in Utica, New York to the late Henry and Mildred Brodeur Billings.  He married Mary Cooper of Grand Forks, North Dakota on August 2, 1969 at Andrews Air Force Base, Maryland.

Jack attended Lakewood High School in Lakewood, New Jersey.  He graduated from Rutgers University in 1960 with a Bachelor’s Degree in Political Science, and was a brother of the Sigma Phi Epsilon fraternity.  Commissioned as a second lieutenant via ROTC, he earned his silver pilot wings a year later.  His first assignment was to McGuire AFB in New Jersey, where he served as an aircraft commander, instructor pilot and flight examiner.  He was then assigned to Andrews AFB, where he was a Special Air Missions pilot.  He also served as an Air Force White House Special Aide for Presidents Johnson and Nixon.

He was a graduate of Squadron Officers’ School, Armed Forces Staff College and the National War College. He held all operational leadership positions at squadron, group, and wing level  and served on the HQ Military Airlift Command staff at Scott AFB, Illinois.  Jack served twice overseas: on the UN/US Forces Korea staff in South Korea, and most notably, as the US Defense and Air Attache to Brazil.  He culminated his most distinguished military career as Wing Commander of the 89th Military Wing at Andrews AFB, also known as “The Presidential Wing”.  Colonel Billings retired from active service in 1985.  According to his fellow pilots, Jack was a consummate aviator, masterful aircrew leader and a highly respected commander.

Jack continued his love of aviation by trading his USAF Blue uniform for a civilian flight suit in 1985, becoming Chief of Production Flight Test for McDonnell Douglas in Long Beach, California.  There, he was responsible for ensuring that all newly-produced or modified airliners complied to FAA standards prior to customer delivery.  In addition to delivering airliners worldwide and training customer flight crews, he also personally managed the initial Douglas support of US-Chinese MD-80 co-production flight activities on scene in Shanghai in the late 80’s.

Jack’s lifelong hobbies were golf, hunting and fishing.  He enjoyed owning a boat most of his life.  He also loved classical music, college football games and NASCAR.  He was a great cook and eagerly shared his recipes with family and friends.

Jack is survived by his loving wife, Mary; son Sean and his wife Trisha; grandchildren Aiden, Kieren and Ivy; sister-in-law Sheila Billings, and nephews, nieces and their extended families. He was pre-deceased by his brother, Gerald, formerly of Greensboro, North Carolina.

There will be an interment at Arlington National Cemetery at a later date.

Donations may be made to the American Cancer Society, or to a charity of choice.