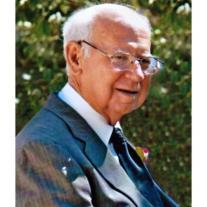 Lt. Col. John Hector Pruitt, USAF, passed away on September 7, 2012 in his home due to complications from Parkinson’s Disease with PSP.

John was born on August 5th, 1932 in Clarkton, North Carolina where he grew up on a tobacco farm with his mother and father, Sarah Catherine and John Gaston Pruitt, and his sister Mamie and adopted brother Dick.

After attending the University of North Carolina for 2 years, John started his career as a navigator in the US Air Force. He transferred to officer training and earned his degree in Electrical Engineering from Washington State University in Pullman, WA and later earned his MBA while stationed in Germany.

He was brought back to flying status for a tour in Vietnam, serving over 12 months and many combat missions flying in a C-123. He flew from NKP Base, Thailand during the Vietnam War, 1969-70.

After 25 years in the Air Force he retired and worked for BDM in Albuquerque, NM and MITRE in Hampton, VA.

John met his wife Elsie “Rogie” Rogozenski in Hawaii. John was flying out of Hickam AFB as an instructor navigator and Rogie was a Canadian nurse recruited for the TB hospital in Diamond Head. They were married in a traditional Ukrainian/Polish wedding in Edmonton, Alberta, Canada.

John and Rogie had their first son, Michael, in Hawaii, and sons Stephen and David and daughter Katherine in Torrance, CA. Michael, Stephen, David and families reside in California. Katherine and family live in England.

John was a loving husband and father and was the most gentle of men with a calm, steadfast manner. He was intelligent, pragmatic and wise, and we will all miss him.

* Address is 24112 Moulton Parkway, Laguna Hills, CA. There is a gate, but they will be notified of the event.