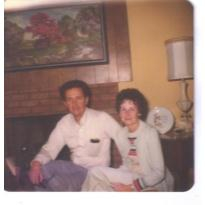 ROONEY – John Edward Rooney 1929-2007 Died December 7, 2007 in Laguna Hills. Born in Chicago, he was the only child of John Rooney and Suzanna Heraty Rooney. Marriage in 1948 to Helen Grady was followed by a happy family life in many locations: Cheyenne, Chicago, Cedar Rapids, Dallas, Washington DC and Laguna Hills, while John served, first, in the US Air Force and then, enjoyed a 37-year career in the defense industry. Upon retirement, John put his business skills to use in a second career as a volunteer where he worked to help alleviate poverty and homelessness. John was happily married for 57 years until Helen’s death in 2006. John was a gentleman, a kind and friendly man, with the highest integrity, enjoyed watching baseball and football and was an enthusiastic fan of parades and marching bands. He enjoyed reading, especially history and encouraged a love of books in others. He was a wonderful role model for his family and community. He will be dearly missed. He was a loving dad to his children, John Jr. Flora, Patricia Bob Pike, Michael deceased 1980, Mary Ann Neilson, and Kathleen Gordon Hamilton. John was a doting grandpa to his grandchildren, Melissa, Dorian and Jackie Rooney, Daniel Neilson, Megan, Noreen and Brian Hamilton.

In lieu of flowers, contributions to the establishment of a memorial scholarship fund may be made to St. Nicholas Church.