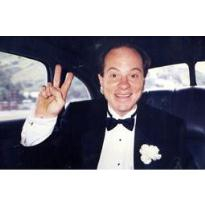 A native Southern Californian, John was born July 19, 1954 in Downey, California so it’s no surprise that he never lived more than 50 miles from his birthplace. He loved Southern California; the desert; the mountains; the beaches and especially anywhere he could ride a bike!

John graduated from Buena Park High School where he was an excellent student. His scholastic aptitude earned him acceptance into the prestigious Air Force Academy. But when the time came to board the plane, John chose to follow his heart instead. If you know John you knew one thing for sure; he would choose passion over prestige any day. So, instead of boarding that plane he headed home and followed his heart and lifelong passion; motorcycles.

His love affair with motorcycles started as a young boy when he, his brother Bill, and his dad would build bicycles, which lead to go carts, mini bikes and ultimately motorcycles. As a kid John’s determination was obvious as he would overcome any obstacle to ‘ride’ even if it meant putting a milk crate against the wall so he could get on his bike!

His first racing experience was at Ascot Raceway in Gardena where he raced ‘flat track.’ From then on he raced any kind of race he could including ‘road racing’ and Speedway ‘sidecars.’ His son, Jim, said ‘He was so cool – he was the man. He had an entourage of supporters and people who loved him. It was just so much fun to be in the pits. Between races guys would rebuild his bike because they loved him and looked up to him. He was my hero growing up!’

As much as John loved motorcycles, there was no comparison to the real love of his life, Robin/Blondie his favorite nickname for his girl. Robin and John were married on April 9, 1983, the same day Mission Yamaha was born. It should come as no surprise to anyone that their wedding reception was fittingly held in the Service Department!! What a joyous day for John to have both of his ‘loves’ united under one roof.

John would frequently call up to Blondie’s office and say ‘singing’ which was their code for ‘I love you.’ John didn’t just love Robin, he adored her. She’s the love of his life. For most men taking on the responsibility of raising 3 teenage children might be too big a challenge. But John applied his fearless perseverance and without fail he won the love and respect of each of the kids. They loved him because he was ‘fair,’ never judgmental or critical. He was a champion for them and always their biggest supporter through some of the toughest times of their lives. John said, ‘What I loved most about him was the way he treated mom.’ I will always remember Hannah telling me ‘Do a burn-out Daddy or Grandpa says you’re a girl’ ‘I love you Dad.’ In tears Lori whispered, ‘He was a loving role model as a father and a grandfather. He put my mom on a pedestal and loved her in a way that I want to be loved someday. No matter what you needed he’d be there for anything.’ Is there anything better than to leave this kind of legacy in your children’s hearts?

John was blessed with a loving immediate family; his brother Bill and twin sisters, Becky and Betty and all together seven nieces and nephews he loves.

With John it was all about ‘family’ so much so that he was there for the birth of ALL 7 grandkids; Daniel, Rachel, Alexis, Makenzie, Ryder, Hannah and Chase. And you can bet he’ll be there for #8 who is due to arrive this July. Grandpa had a unique and special relationship with each of them. He always met them on their level whether it was building rockets with the boys or being sassy with the girls. With the grandkids, the little boy in John would come out and there was laughter, big smiles and even bigger hugs. There was an unmistakable sparkle in his eyes when he was with them.

How can anyone sum up the impact of John’s life? Like the ripples of a rock in a pond, John’s life radiated outward and touched so many lives. Too many to count; too many to know. From the woman who knew him best, after 25 amazing years, Robin remembers a husband who had a passion for life. Whether it was cooking for friends and family, mentoring young guys, tinkering in the shop, tasting a new wine, traveling to new and exciting places, John did it all full throttle. He was always happy, optimistic and you could count on him to be the life of the party. There was a thing he taught the grandkids that kind of sums up John’s life philosophy:

‘He loved life and lived each day as if it was his last.’ No regrets.

The impact of John’s life will live on in the hearts of those he loved and those who were blessed to love him.

‘I have fought the good fight, I have finished the race; I have kept the faith.’
2 Timothy 4:7

In lieu of flowers, the family has requested honoring John Matherson’s memory through donations to the Cordelia Knott Center of Wellness, 230 S. Main St. Orange, CA