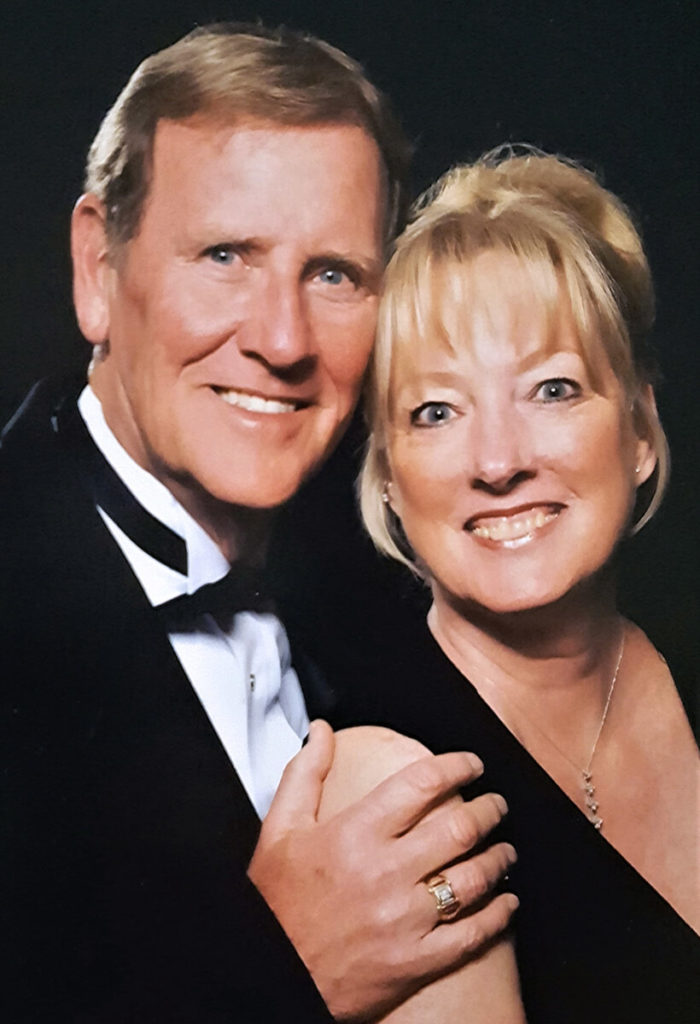 Joel King Donnelly.  A son, a husband, a father and grandfather, a brother, brother in law and an uncle, a friend to so many, My name is Tracey Donnelly Locher and I have been asked to share the story of the cutest, most gentle and amazing man, my Dad, Joel King Donnelly.

Dad was born on October 22, 1939 in Hollywood, CA, to Francis Hartwell and Theora Elizabeth Donnelly.  Along with his older brother, Richard, the family settled down in Santa Monica.  Dad graduated as Valedictorian from Santa Monica High School in 1957.  He then attended Caltech Institute of Technology where he graduated with a double Bachelor’s of Science Degree in Engineering and Math.  After graduation, Dad spent a summer in San Diego working for Hewlett Packard.  That summer sparked a new passion which led him to get his Master’s Degree in Computer Science from Purdue University.  While in school, Dad’s love of music flourished.  He played the viola in the orchestra and sang in the Caltech Glee Club, even performing with the Glee Club at the Closing Ceremony of the 1960 Squaw Valley Olympics!

After Purdue, Dad went to work for the Burroughs Corporation, one of the Top 10 computer companies in the U.S., and continued his love of music as a member of the Pasadena Symphony Orchestra.  Here is where his story gets interesting.  My Grandmother, who also loved music, went to a Symphony concert and noticed this young violist.  She went backstage and invited him to enjoy a home cooked meal with the family.  That afternoon Mom, Susie Schoeffel, arrived home to find this young man floating in the family pool.  She didn’t see him again until eight months later when, remembering the “girl on Mountain Street,” he asked her if she would accompany him to his 10-year reunion.  They were married within the year on August 24, 1968.

I was born in 1970 and my sister, Mary Donnelly McWilliams, was born in 1972.  In 1973, Mom and Dad moved us to Mission Viejo where Burroughs had relocated and they have lived there ever since.  Growing up, we enjoyed tent camping and ski vacations in Mammoth.  As time passed, our camping vacations matured to the 30′ trailer that we took to Mission Bay for 23 years of summer family vacations.  Dad taught Mary and me to swing dance and the family loved to get dressed up and go out for special dinner and dancing evenings.   For the past four decades, anytime we heard a swing song, Dad’s foot would start tapping, Mom would join Dad for a dance, and Mary and I would start cutting in to have a few minutes of dance time with Dad.

We also enjoyed family cruises.  Dad loved the planning of a vacation as much as the vacation itself such as packing lists, planning the tours, and the daily countdown that he started months before the actual trip.  Mom and Dad enjoyed 38 cruises with their family and friends but mostly, just the two of them.  They traveled the world and they shared the most wonderful and hysterical stories of their journeys with us.

Dad played with the Saddleback Symphony Orchestra, now the South Coast Symphony, for almost four decades and had a wonderful symphony family!  Dad also instilled his love of music in his kids and grandkids.  During the holidays, our family along with Richard’s family would play his favorite piece of music, Pachelbel’s “Cannon In D.”  This tradition continued every year, with the grandchildren included in playing instruments.  On Dad’s last day, we played that song on a loop for ten hours straight.  We could tell he enjoyed it because several times he opened his eyes as the music began again.

Dad always took care of his health.  For years, Dad went to Jazzercise classes with us when we were teenagers. He joined me for my very first 5K race.  For the last several years, Mom and Dad regularly attended the water aerobics class at their local gym.  They had a lot of fun and made some great friends.

Dad was passionate about so many things: frogs, turtles, butterflies, fish, humming birds, and numbers to name a few, but nothing was more important than his family.  His beautiful wife of fifty years, his daughters, his sons-in-law, Jeff Locher and John McWilliams, his grandchildren, Jessica Locher (28), Christian Locher (25), Matthew McWilliams (16), Sarah McWilliams (14) and Anna Locher (13) were his whole world.  He also had great love in his heart for his second family: brother Richard, his wife of fifty plus years Penny Donnelly, nephew Bret Donnelly and niece Kyle Donnelly.  Dad taught us the meaning of love and laughter, commitment and responsibility.  He shared with us that if we worked hard, we could make our dreams come true.  He gave us the confidence and support to face our fears, to take risks, and taught us by example that there is no better way to live your life than to be a goofball, smile, and make others smile.

Dad’s final journey was very fast.  He went from water aerobics every day and weeding the hill in his backyard to losing his appetite and energy over a two-week span.  He was diagnosed with pancreatic cancer and was gone ten days later.  Those last few days were heartbreaking, but were also amazing.  Dad was baptized in the hospital and felt at peace.  He protected his family until his last moment with his silent strength and by making everyone laugh. One great moment was when he sang “Spongebob Squarepants” at the top of his lungs.  Another moment related to Dad and his “flutter kisses.”  Dad always gave Mary and me “flutter kisses.”  He would start with a hug and as soon as he got near our necks, he would give us dozens of little kisses.  Of course the kisses tickled, so we would giggle, which would make Dad giggle and hug us even tighter.  That last day he didn’t have very much strength, but I saw his compassion when he reached up to Mom, pulled her down to him, wrapped his arms around her, and gave her a ton of those flutter kisses all over her face while he kept telling her how much he loved her.  It was a moment of perfect love.  Dad passed that evening at home, peacefully, with his family at his side.

One of the final things that Dad shared with us was while he was staring at the bedroom ceiling a few hours before his passing.  He said, “That is such a beautiful picture.”  When asked what he was looking at he said, “All of the angels.”  We believe that Dad was already seeing our family angels gathering to take him on his final journey.  We love you with all our hearts, Dad.  You will be greatly missed.