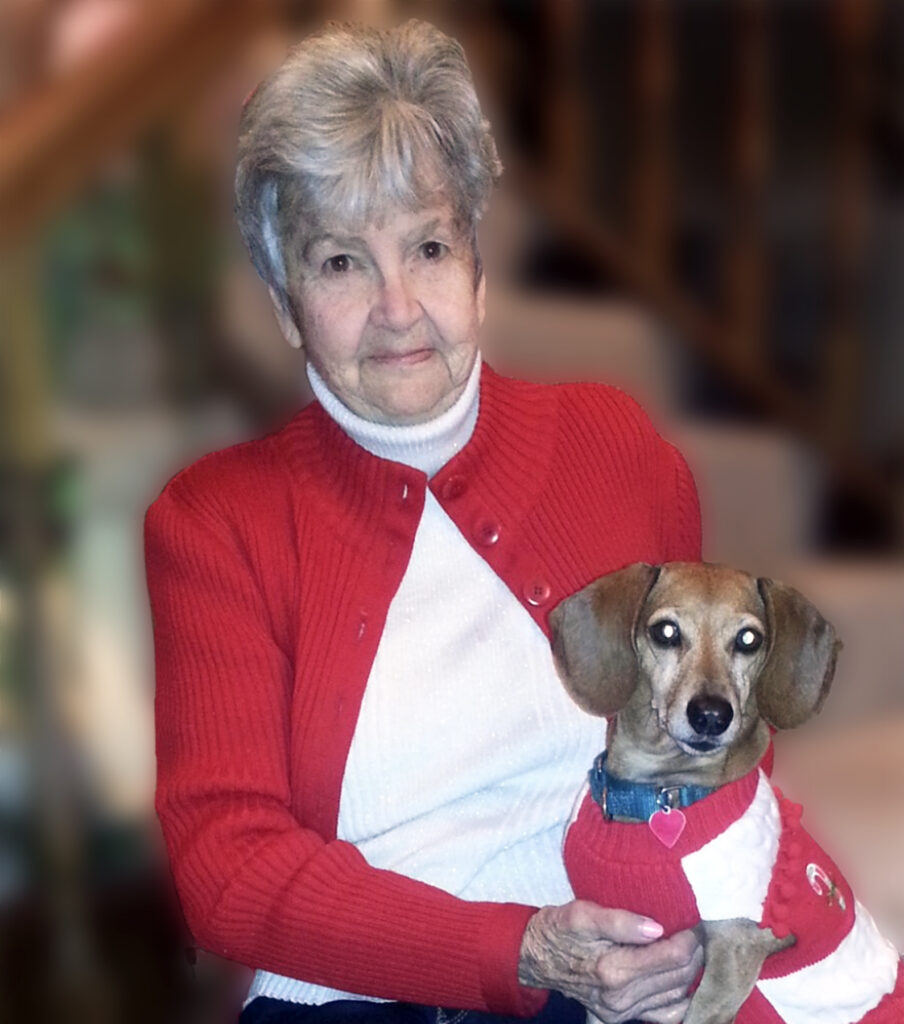 Joanne Hunter Nichols, or Jo for short, began her life’s journey on March 13, 1936, in Columbus, GA. She was born to parents Lloyd W. Hunter and Winnell B. Hunter. Joanne was the oldest of their children followed by Jerry Lloyd, and then Joseph Norman.

After high school Joanne worked for the telephone company as a switch board operator in Columbus GA. During this time, she met the love of her life, James C. “Nick” Nichols, while he was stationed at Fort Benning. They were married on January 11, 1958, when she was 22 years old. She passed away just shy of their 65th wedding anniversary.

Joanne was a “Domestic Engineer” and dedicated her entire life to raising her children and taking care of their home. She drove her boys to and from school, took care of household chores, and most importantly ensured her family had wonderful home-cooked meals every day. As an avid bargain hunter, one of Joanne’s hobbies was going to garage sales practically every weekend (rain or shine) where she would often come back with a great deal on clothing, toys, etc.

Her love of Christmas was something she looked forward to every year, and it never dimmed throughout her life. She made sure the house was fully decorated and had Christmas music playing during the holidays (Elvis and Jim Nabors were some of her favorite holiday singers). One of her biggest joys was ensuring everyone had plenty of gifts under the tree, and not a year went by where on Christmas morning the living room was overfilled with presents for her children and husband.

Joanne enjoyed camping with her family and took many trips to the local mountains and desert where they camped, hiked, roasted marshmallows over a campfire, and even rode motorcycles – they had 3 motorbikes where everyone paired up on a bike with Jo and Danny on a small Honda 70 trail bike.

Joanne wasn’t overly fond of flying but would fly back to Georgia with the boys to visit her family on a few occasions. There were also times that, as a family, they took several trips across the US in their camper to visit her family in Columbus GA. They would visit tourist stops along the way, but it’s probably fair to say that the Grand Canyon was her least favorite stop for fear of the family falling over a cliff even though she wouldn’t let of them get within 100 feet of anything that remotely resembled a cliff. All along these cross-country trips she made wonderful meals in the small, cramped kitchenette in the camper and helped play the role as navigator/co-pilot in the front seat of the truck.

Aside from enjoying the great outdoors with her family, Joanne was also an avid collector of teddy bears and dolls. She has such a vast collection that it takes up almost the entire bonus room in their house. In addition to her teddy bears and dolls, both James and Joanne have an appreciation for antiques. They loved going to antique shops and finding “treasures”. They were also both longtime active members of the Orange County Ford Model A Club, going on tours and participated in their annual pancake breakfast fundraiser. They acquired a few Ford Model A’s over the years.

After her children grew up, they each were married and started families of their own. All her children and their families currently live in Orange County and are in close proximity to each other.

During her golden years, Joanne enjoyed taking care of her husband and her dachshund Arthur, as well as spending time with her children and grandchildren – she always took a great interest in what the grandchildren were doing, especially in their adult years. She would also accompany Jim at their auto shop most days until she was no longer physically able.

Randy and wife Lorie and 4 children: Thomas Calvin (TC), Melissa (her husband Keith and their children: Avery, Molly and Charlie), Elizabeth, and Henry (his wife Carrie)

David and wife Tressa, and 2 sons: Curtis and Kevin

Danny, the youngest of Jim and Joanne’s 4 sons sadly passed away on December 19, 1999, after a brief illness.