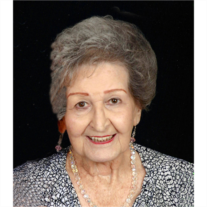 Joan Ruth Andersen, daughter of Ernest and Mayme (Parr) Kauffold, died March 3, 2017 in Mission Viejo, CA at the age of 94.

Joan was preceded in death by her husband of 67 years, Donald E. Andersen. She is survived by her sons, David Paul and Douglas Lee; her daughters-in-law, Catherine and Laurie; granddaughters, Michelle Enriquez, Marie Andersen, Christy Andersen, Ashley Lapka and Paige Andersen; and 5 great-grandchildren (with one on the way).

Joan was born March 10, 1922 in Dodge, Nebraska. She graduated from Dodge High School in 1939. She married Donald Andersen on February 5, 1949 at St. John’s Church on the campus of Creighton University in Omaha, NE. Joan and Don moved to California in 1953. They lived in Mission Viejo, CA for 39 years having moved from Westchester, CA in 1977. Joan worked for an accounting office doing bookkeeping for many years as well as being a homemaker.

Services will be held on Tuesday, March 21, 2017 at 12:00 noon at St. Kilian Catholic Church, 26872 Estanciero Drive, Mission Viejo, CA 92691 with a reception in the parish hall immediately following the service. A private interment will be at El Toro Memorial Park in Lake Forest, CA. In lieu of flowers, please donate to a cancer society of your choice in Joan’s name.