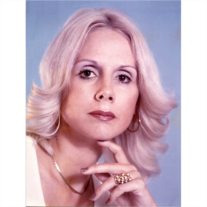 Joan Sisk (76) of Rancho Santa Margarita passed away on January 18 and entered into heaven and eternal peace and happiness. She was born in Oakland, California on August 24, 1939, to Floyd and Mildred Rector. The family moved to Long Beach, California, where Joan graduated from Milliken High School and took classes at Long Beach City College.

In 1957, Joan met Santos “Joe” Vasquez, the love of her life. They had two children, Cathy and David. They lived in the Long Beach area, where Santos was a successful businessman. Santos died in 1992. Later in her life, Joan married Jack Sisk, a retired Los Angeles Fire Captain.

Throughout her life, Joan was an adventurous, independent person who enjoyed animals, traveling abroad, painting, politics, sewing, skydiving, and horseback riding. She was mechanically skilled, a quality she inherited from her father. Joan liked to fix things. She worked for 20 years as a bookkeeper for several local businesses in Orange County.

Joan is survived by her children Cathy Dorsey and David Vasquez (Dee); three grandchildren Jonathan, Cassie (Brad) and Joseph; her brother John Rector, who lives in San Diego, and her half-brother Wayne Rector, who resides in Tennessee. A memorial service for Joan will be held on Saturday, January 30 at 1:00 pm at the O’Connor Mortuary Chapel in Laguna Hills (25301 Alicia Parkway, Laguna Hills, CA 92653).

In lieu of flowers, the family requests donations be made to the Alzheimer’s Foundation – http://www.alz.org/join_the_cause_donate.asp.