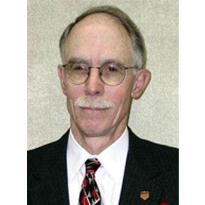 Jeff Stevens was born in Cleveland, Ohio to Robert and Lucille Stevens. He retired December 2009, from the City of Santa Ana.

He is survived by his wife, Christine; 5 children, Todd Carver, Kimberly Volimas, Wendi Stevens, Bill Herndon and Connie Blades; and 9 grandchildren. Also by his sister, Sandra Stevens Bronoff of Ohio.

He graduated from Milligan College in Johnson City, Tennessee in 1967 with a B.A. in Business. He was in the Army for 2 years, serving at Ft. Lewis, WA. He was very active in various groups at Saddleback Church, Lake Forest, for several years.

Jeff had 45 years in risk management, the last 29 as the Risk Manager for the City of Santa Ana, CA. During this time he was active in a number of national associations, serving on the boards and committees, such as PRIMA, PARMA and RIMS. He was a charter member city for BICEP Big Independent City Excess Pool, and other insurance pooling groups. He was also on committees in state government, working and developing the area of insurance laws.

Jeff was active also, in several things just for the fun of it. He was a member of the square dance club, Ramblin’ Rogues of Mission Viejo, the North Orange County Computer Club and Beach Cities Mustang Club. He enjoyed putting together a home theater system and computers.

He planned in retirement, to spend more time with his family and grandchildren, and travel to his favorite places.

Services will be July 24, 11 A.M. at Saddleback Church in tent 2. A scholarship fund is being set up in Jeff’s name.