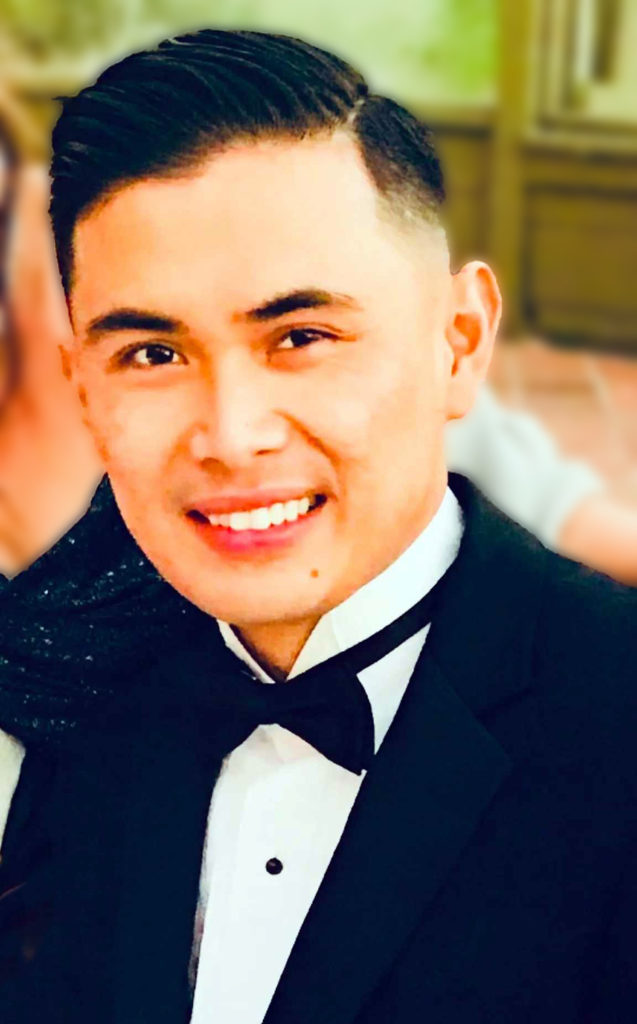 It is with extreme sadness that we announce the passing of Jeffrey Bacani, 33, on January 17, 2022. He was a bright spark in this world and will be deeply missed by many.

Jeff was born on July 24, 1988 to Jesus and Josephine Bacani in the Philippines. After Jeff graduated from high school, he moved to California, USA to pursue further studies and his career.

Jeff was known for his fondness for outdoor activities – hanging out on the beach, camping and fishing with his sister, brother-in-law and their family. Anyone that truly knew him, knew he had such a big heart. He was thoughtful, patient and loving, as a father, son, brother, nephew, and as a friend.

He loved fiercely and deeply and we take comfort in knowing that Jeff is now at peace surrounded by light.

Jeff has a 10-year old daughter, who is the love of his life named Emma.

Jeff is survived by his loving parents, Jesus and Josephine Bacani and his sister, Jeann Bacani.