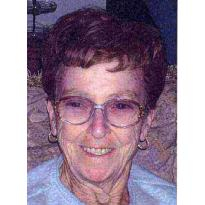 Jeannette Gabriel Duval, age 66, beloved wife, mother, grandmother and friend, passed away on April 17, 2007 with her family by her side.

Jeannette was born on December 13, 1940 in Holyoke, Massachusetts, one of six children to parents Lucien and Mary Boileau. There, she graduated from Chicopee High School. Jeannette met Richard E. Duval in 1959 on a blind date set up by her cousin and his sister. On October 20, 1962 the two were joined in holy matrimony. Together, with their two adopted children they moved to Lake Forest, California in 1972. By 1985, the Duval family grew by one more, when they adopted their youngest son.

In lieu of flowers, memorial contributions may be made to St. Jude Children’s Hospital.