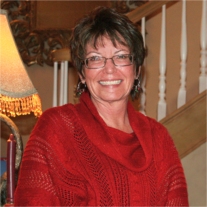 Jeanne Marie Carpenter of Coto De Caza, California passed away April 13, 2017. She was 61. She was preceded in death by her parents Jerry and Jean Chudomelka. Jeanne is survived by her husband Dennis Carpenter; her daughter Tammi Wright and her two grandsons Eric and Bryan Wright. She is also survived by her siblings, Jerry Michael of Mission Viejo, Jane Jackson of San Juan Capistrano and Jill Escalante of Coto De Caza. Jeanne is survived by many nieces and nephews.

Jeanne was born in Schuyler, Nebraska April 12, 1956. In 1966 her parents moved her family to California where she was a long time resident of Mission Viejo and in 1974 graduated from Mission Viejo High School. After graduation, Jeanne entered the escrow field and eventually established Mission Country Escrow in June of 1983.

A Celebration of Life Memorial will be held on April 21, 2017 at 11:00 a.m. at Saddleback Church, Lake Forest, CA. Reception immediately following at Dove Canyon Country Club. In lieu of flowers, donations in memory of Jeanne Carpenter may be made to any charity of your choice or to one of her two favorites, St. Jude or Wounded Warrior.