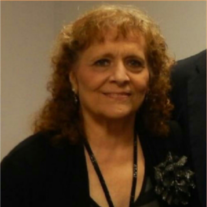 My beloved mother Jeanette Ann Brone was born in Rochester New York on July 4th 1945. On Easter Sunday, March, 27th 2016, She lost her battle suddenly to an infection called C-Diff. She became suddenly ill, was hospitalized and sedated and left us 2 days later. She went peacefully and didn’t suffer.

She is survived by her daughter Andrea Brone and her brother Joseph George. She was a beloved mother, sister, cousin, aunt, godmother and friend to all.

She was giving and always considered others before herself. She had a tremendous sense of humor and was always joking or doing something silly.

She will forever be missed. I hope that her silly stories are continued to be told so that she continues to put smiles on many faces.

My eternal love and respect,
not so much as good bye, but I’ll see you soon mom.