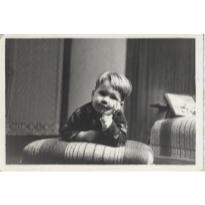 James Richard Geaney passed away February 19, 2010 at 8:29 pm. Jim is survived by his loving wife Lynn of 47 years; his daughter Teri Dawson; his sons Steve and Dan, and their respective families, with a total of 6 grandchildren. Jim’s sister Julie and brothers Dennis and Tim and their families also survive him.

Jim was born April 6, 1938. Also known as Jimmy Dick, he was recognized as a musical prodigy at a young age. His love of playing the piano was with him throughout his entire life. Jim also had a passion for horticulture and fitness expressed by keeping an immaculate yard and maintaining a disciplined fitness regime at the gym.

Jimmy Dick – affectionately shortened to J.D. by his close friends and family – was an active and enthusiastic member of his community. He played piano with the church band at Mass every Sunday at St. Timothy’s Church in Laguna Niguel. He managed many little league teams throughout his sons? childhoods with much success. Countless players affectionately remember key life lessons learned from coach Geaney.

After 27 productive years at IBM Jim spent the rest of his working days as a substitute teacher in the Capistrano Unified School District. He also taught private piano lessons at home on his cherished Steinway grand piano.

In the end pancreatic cancer took him from us. The suffering ended with a 60 hour wake during which his family and closest friends gathered at his bedside to pay their respects and wish him a final bon voyage straight to heaven into God’s hands. He smiled through the pain to communicate his love and appreciation to everyone who was present.

Donations can be made to the following: