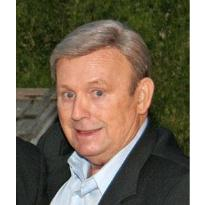 James Paul Valgean of Mission Viejo, CA affectionately known as ?Val? to his family and friends, was born July 30th, 1932 in Michigan, died August 7th, 2007 at the age of 75.

He grew up in Danbury, Connecticut as the oldest of nine brothers and sisters. He served in the Army during the Korean War. His many career positions included working for Parents Magazine, Alexander Proudfoot and Kawasaki before retiring as the President/CEO of a consulting firm.

His interests included golf, bowling and crossword puzzles. He enjoyed engaging in conversations of humor and wit as he was a master of both. James was a beloved husband, father and grandfather and will be sorely missed.