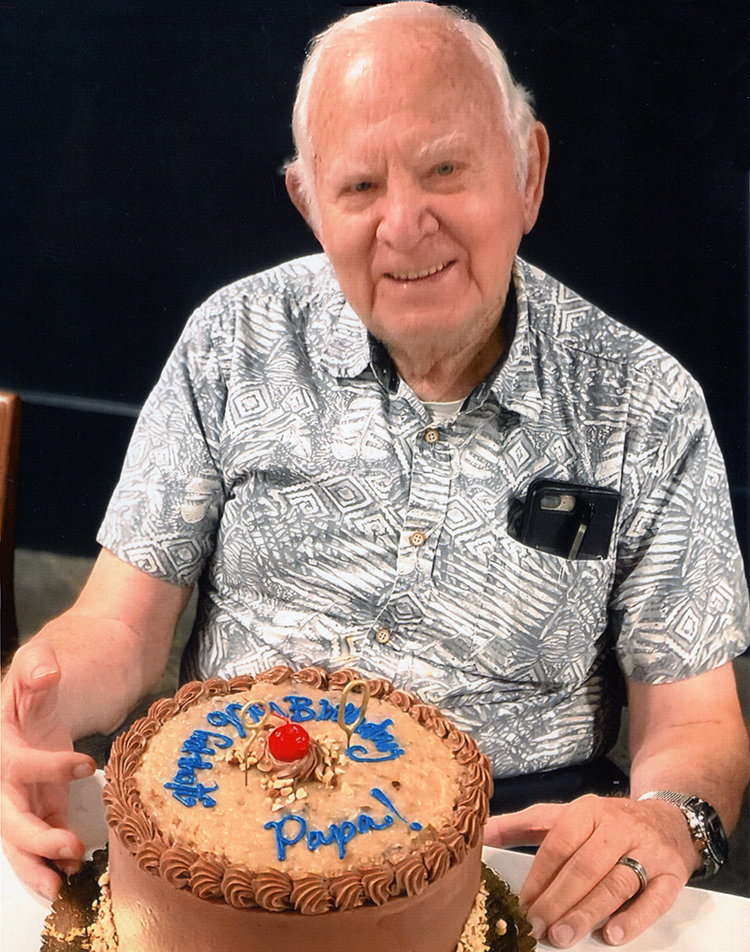 James Gilbert Marzo was born Sept 23, 1931 in Altoona Pennsylvania to Antonio and Josephine Marzo. He was the youngest of ten children. He left Altoona when he was 16 years old and traveled with his sister Katie to Downey California After graduating from Downey High School, Jim enlisted in the United States Air Force. He served for 4 years during the Korean War and was stationed on Johnston Island Air Force Base. Upon completing his service to the country he returned to Southern California where he met his future wife Bernadette Ficara.

They married in 1955 settling in Downey and five years later had twin girls Mary and Nancy. Their son John was born in 1965. During this time Jim started working for the US Postal Service; he would continue to work for the Postal Service until his retirement in 1986.

In their retirement Jim and Bea moved to Orange County to be closer to their three children and four grandchildren. Jim loved his family and was a friend to all. He was a generous man who truly enjoyed giving to others. After his wife Bea passed in 2008 after over 50 years of marriage he moved to Costa Mesa and lived with his grandson Christopher. Later he moved to Newport Plaza where he was popular with all the residents and staff, especially his dear friend Lori.

Jim was known affectionately as “Papa” to his grandchildren and great grandchildren. He is survived by his daughters Mary Doyle, her husband Mark and Nancy Coulter, her husband Dave and his son John Marzo, his wife Marlene, grandchildren Christopher, Lauren, Matthew and Amanda; great grandchildren Hope, Hattie, Harbor and Hunter. Jim was a humble, hardworking, and kind man, who will be missed dearly. He passed away of natural causes on Sept 6, 2022. Services to be held at Our Lady Queen of Angels Catholic Church, Newport Beach on October 28, 2022 at 10am.