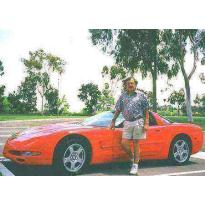 Mr. Aviani was born on November 29, 1926 in San Francisco, CA to Dominic and Nan Aviani. In May 1944, at the age of 17, he enlisted in the United States Navy, and was trained in aviation ordinance and as a Naval Air Gunman in Norman, OK and Purcell OK, respectively. During his military career, he served in the Asiatic Pacific on the USS Jaquar IX and received the Victory Medal for WW II. He was honorably discharged in June 1946 and remained active in the United States Naval Reserve for the next two years.

Always active in his community, Mr. Aviani served on the Planning Council for the City of Torrance where his expertise in the energy industry helped the City form its environmental planning processes. He also served on the Board of Directors for the Irvine and Torrance Sisters Cities Foundations, and was active in Little League, Pop Warner Football, and AYSO as a coach, volunteer or board member.
Mr. Aviani received his A.A. degree from El Camino College in Torrance, and attended classes at Cal State Dominguez Hills, CA. Also, he was an expert auto mechanic and an aficionado of automobiles.

He is survived by his four loving children: Theresa Wilson of Los Alamos, NM, Vincent Aviani of West Los Angeles, CA, James Aviani of Montecito, CA and Francis Aviani of Oakland, CA. Mr. Aviani was dearly loved by many and will be deeply missed by all.