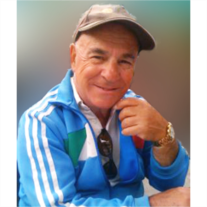 Born March 10, 1928 in SanBiase, Italy, a beach community to Francesa and Salvatore and had:
3 brothers
3 sisters

Opportunity to come to the United States to work as a tailor year in 1964
Worked with Joe Dattillo in Anaheim, where him and his wife bought their first and last home and resided his whole life.
Frances was born 🙂
Unfortunately lost his wife Maria in a car accident in 1970. Continued to reside in the US despite challenges of raising 2 children alone and family requesting he return to Italy.

Continued to work in Anaheim and open up his own successful tailor shop.
Some of his clients included the Angels, Rams, city officials, priests and nuns at St. Anthony Claret.

He was a devout Catholic and father, served with the St. Vincent DePaul society and the served the poor, became Man of the Year at the Italian Catholic Federation, and engaged in City events. He enjoyed music, the opera, singing, and going to the beach.
He was always the life of the party, enjoyed the company of friends, and brought them to tears with his endless jokes and laughter.
It gave him great joy to see people laugh and be happy.