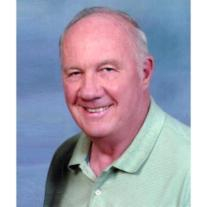 Gerard L. (Gerry) Commerford passed away July 3, 2012 at the age of 78. He died at home surrounded by his wife and children after a courageous battle with lung cancer.

Gerry was born on 1934 in Greenport, Long Island. He graduated from Rensselaer Polytechnic Institute with a Bachelor’s Degree in Aeronautical Engineering. While at Rensselaer, he was a member of the Theta Xi fraternity and forged bonds of friendship with his brothers that endured throughout his life.

Gerry also received a Master’s Degree from USC and an MBA degree from Pepperdine. As an aerospace engineer and manager, he began his career working on the X-15 rocket-propelled experimental plane that reached space and spent much of his career working on the Space Shuttle program. His leadership and outstanding technical capability played a key role in the successful Return-To-Flight of the Space Shuttle in 1988. In addition to other professional awards, he won the 1976 Gas Turbine Award for the Most Outstanding Technical Paper.

Gerry was greatly admired for his integrity and character not only by his Rockwell colleagues but also by the NASA officials and engineers with whom he interacted. For the many people he supervised, he was not just a boss but a true friend and mentor’a “stand-up guy” who took immense pride in making himself available to everybody, leaving his office to walk among the troops to visit and to know each person.

Gerry was always athletic and enjoyed sports. He and Nancy bowled for years, and Gerry hiked, biked, and did a little golfing. One of his proudest achievements was to hike down the Grand Canyon and back up, eight months after back surgery, at the age of 66! He and Nancy were also fortunate to have a great group of friends with whom they took several memorable vacations. In later years they discovered the Elderhostel program and greatly enjoyed several trips, especially a ten day program to all the national parks in Utah. Over the past year, Gerry and Nancy took up duplicate bridge and, with his competitive spirit, consistently racked up master points.

Gerry especially loved his children. It was his special mission in the last few months to convey to them just how much they were loved and how very proud he was of each of them.

Gerry is survived by his beloved wife Nancy; his children Sharon Ragghianti (Tom), Patricia Kirk (Kris), Joan Commerford (Steve), Dorothy Ervin (Paul), Larry Commerford (Carrie), and Timothy Commerford (Aleece); his stepchildren Laura Crawford and Bill Sheline (Deborah); ten grandchildren and one great-grandchild; and his brother-in-law Bob (Olympia). He was predeceased by his first wife and mother of his children, Robbie Commerford, and by his brother Eugene Commerford. He was a kind and great friend and was loved by everyone.