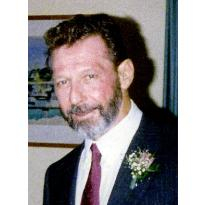 Born in New York City on May 12, 1923; son of Corinne Constance Herndon C.C. and Stephen Olney Metcalf S.O. who was president of the Providence Journal for many years.

G.O. served in the Signal Corps in the U.S. Army in World War II, stationed in Cascablanca, Corsica and Florence. Post-war, he graduated from Williams College and in 1951, married Mary Ellen Rhodes Turri from Short HIlls, NJ. They had 4 children: George, Mary, Tamsen and William.

G.O. was an investigative reporter for the Evening Star now the Washington Times in Washington D.C., 1951-1967. While at the Evening Star, G.O. distinguished himself as a thorough and relentless reporter. In the early 60s he wrote front-page stories on the first research to come out of England connecting cigarette smoking and cancer. He also started the column ‘Action Line,’ one of the first consumer advocate columns that answered readers’ questions and complaints concerning a wide variety of topics. He was on the copy desk when a cub reporter named Carl Bernstein came on as a copy boy. Bernstein, who became famous for breaking the Watergate story with Bob Woodward, said that G.O. Herndon was a mentor and was one of his biggest influences in his decision to become an investigative reporter. G.O. joined Robert F. Kennedy’s campaign to run for president in 1968 as public relations director.

Thinking life was too short, G.O. wanted to enjoy life at its fullest and in 1973 retired to Laguna Beach, California. Services will be held on Saturday, November 27th, at the O’Connor Mortuary in Laguna Hills, California.

In lieu of flowers, donations may be made to the Alzheimers Association.