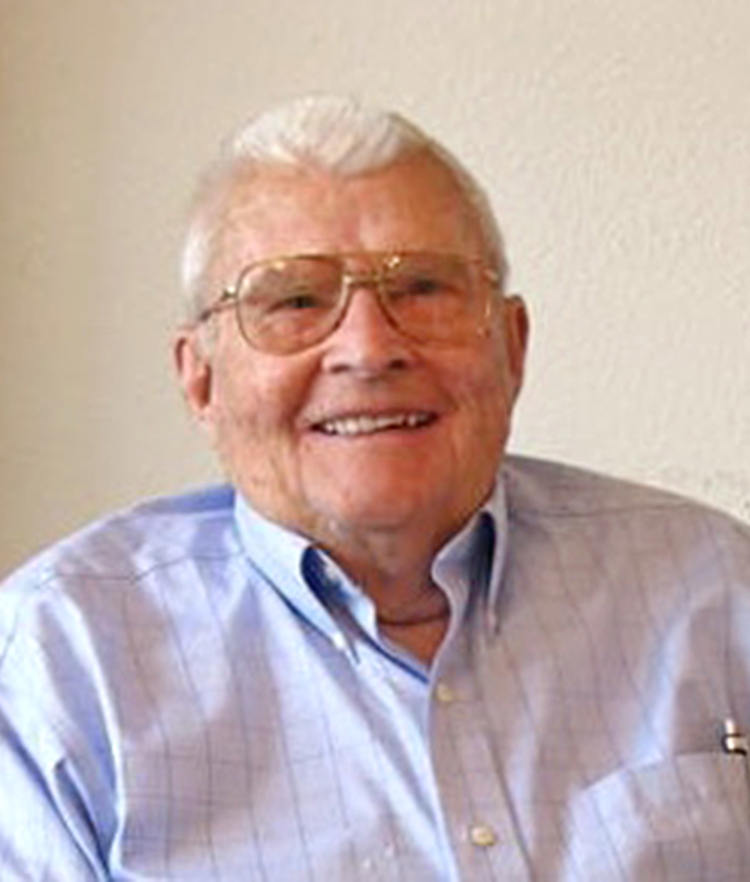 George H. Normandin passed away peacefully with family present on August 18 at home in Newport Beach. He was born in Los Angeles on November 24, 1919. His parents, Ovila and Ethel, along with his brothers, Richard and Howard, and their younger sister Lois, enjoyed everything the Miracle Mile had to offer. He was an Eagle Scout and helped cut the trail to Half Dome. After 2 two years at UCLA he transferred to UC Berkeley to complete his degree in engineering. He served his country in the Army Air Corps as a Navigator during WWII and was stationed in Yokohama, Japan after the war.

He married Lynne Callahan in Japan on February 14, 1947. They enjoyed 62 years together. After his service in the Korean War, they adopted 10 children whom George supported through his 32 years as a successful IBM Office Product salesman for the Glendale office.

His Funeral Mass is Monday, August 27, 10:00am, at Our Lady Queen of Angels, Newport Beach.

In lieu of flowers, a donation to Casa Teresa can be made in George’s name.