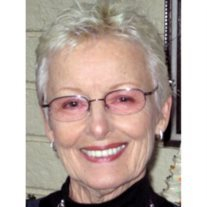 Gayle Truesdell Dale passed away 9/27/2014 at her home in Irvine, California after a courageous battle with cancer, surrounded by her family. Gayle was born in Bell, California and is predeceased by her mother Betty and stepfather Jack Webb and father Robin Swetak. She is survived by her husband Jim Dale, daughter Tamara Fenner of Pine Top, Arizona, son Timothy Thomas and wife Debbie of Rancho Cucamonga and son Todd Thomas and wife Teri of Highland, California. Gayle is also survived by her sister Terry Conway and her husband Mike and sister Jackie Pierce all of Arizona, three grandchildren Lacy Patton, Taylor and Dylan Thomas and four great grandchildren. Gayle was an avid gardener, crafter, yarn lover extraordinaire, but above all she loved her family and all God’s creations, including her dogs Lilly, Abby and Sandy.

A memorial service, celebrating her life, will be held Saturday October 11, at 10am at Saint John Neumann Catholic Church, 5101 Alton Pkwy, Irvine, California 92604. A rosary will be said prior to the Mass in the church.

In lieu of flowers, donations may be made to pancreatic cancer research or your favorite charity.