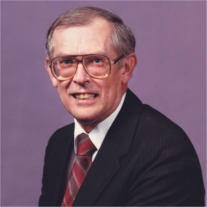 Gail Crew, originally from Pittsburgh, PA and resident of Mission Viejo for the past 45 years, passed away on Feb 2, 2016. Gail was preceded in death by his son Edward Crew, parents George A. and Anne Crew and brother George T. Crew. He is survived by his beloved wife of 54 years, Joanne; daughter Norine Robinson; son-in-law Phillip Robinson and daughter-in-law Petra Crew. Gail had 5 grandchildren: Daniel, Thomas, Lauren, Emily and Gail; sister Ellen Prezioso and brother Tom Crew.

Gail moved to Mission Viejo in 1971 as the General Sales Manager for Neville Chemical Co and later held the title of General Manager for Sales and Plant Operations. He retired in 2003 as a Senior Executive after 50 years of employment.

In retirement he enjoyed golf and was an avid fan of all sports, especially his Pittsburgh Steelers. His greatest joy was being with, and encouraging, his grandchildren play and excel in local sports and other school activities. Gail was an active parishioner at St. Kilian.