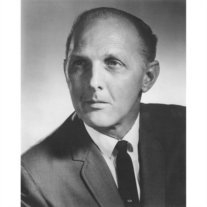 Will Zens was born on June 26, 1920 in Milwaukee WI to Frederick Henry and Leona Zens. He was the eldest of four children, lived through the great depression, and served in the U.S. Army/Air Corps during WWII. While a cadet, he married the love of his life Janis Elblein. Shortly after getting married, he was called to the European theater and served there for three years. He was a test pilot, flying virtually every propeller driven plane made, including the B-17 Bomber, P-38 Lighting, and P-52 Mustang. Dad retired as a Major in the Air Force after returning from Germany in 1946.

In 1949, he settled with his new family in Southern California, where he went to graduate school at the University of Southern California, receiving a Masters in Cinematography in 1952. He went on to a long and distinguished career in the film industry, acting as a producer and director on several films, including “Spy Squad”, “Starfighters”, “To the Shores of Hell”, “The Fix”, “The Coach”, “The Road to Nashville” and many others.

Mom and Dad were married for over 65 wonderful years before she was called by the Lord in 2008. He loved her passionately, and was always there for her. He taught us, his children, the true meaning of love, loyalty and commitment, and he was a living example of staying true to his beliefs.

Dad loved life and lived it to its fullest. He enjoyed traveling, going to Europe several times and teaching filmmaking while on cruises in the Carribean. He had a lifelong passion for music, never passing a piano without sitting down and playing a tune or two. He was an active member of many bands and ensembles, a passion that kept him vibrant and full of life.

He was preceded in death by his first daughter Toni Lou, by his parents, and in 2008 his wife Jan. He is survived by two brothers and a sister, Art, Rob and Pat, and by his nine children, daughters Patty McNamee, JoAnne Frohman, and Cathy Riegler; by his six sons, Frederick Willard Jr. (Rick), Bob, Mike, Bill, Steve and Mark; by several sons and daughters in law, by 19 grandchildren, and six great grandchildren.

His faith was an important part of his life and he attended mass on a daily basis. It was truly his guiding light. They say a man’s greatness is measured by what he leaves behind. While Dad may not have a big place in history books, he left a legacy that will be measured for generations. He was a great man, our hero, our inspiration, our moral leader, and our guiding light. He will remain in our hearts forever. He passed away peacefully on March 27, 2013.

Graveside services will be held at the Los Angeles National Veterans Cemetery in Santa Monica. Memorial donations may be made to Sisters of Charity of Rolling Hills, 28600 Palos Verdes Drive East, Rolling Hills, Ca 90275.