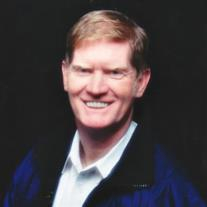 On Wednesday September 23, 2015 at the age of 76 Frederick William Murphy was called to heavens gates. He was born on November 17, 1939 on a small island in Ontario Canada. Son of Frederick Alfred and Margaret Elizabeth (Barnet) Murphy, Fred was raised by his grandmother Katherine Barnet along with his sister Carol.

Fred met his loving wife Mary in the summer of 1968 and they married in the winter of 1971. He took on an instant family of four children Cecelia, Terri, Gus (Jr.), and Michelle, along with our cousin JoJo. He is also survived by 11 grandchildren, 3 great-grandchilden, and another one on the way.

Fred and Mary have shared a deep unconditional love for each other that is an inspirational example of a Godly marriage.

After Fred came home from work, they spent the rest of the day together, enjoying each others company, sometimes watching their favorite football team, the Raiders, screaming and yelling from their easy chairs, win or lose, or watching movies with my Mom by his side, one of Fred’s favorites pasttimes.

Fred had a long and successful career as a Sound Technition at Disneyland where he worked for 46 years until the day he passed.

Fred and Mary moved to Rancho Carrillo in 1985 and have enjoyed living there for the past 30 years.

Fred leaves an awesome legacy and a Godly impression on all who have had the pleasure of knowing and loving him. His departure leaves an emptiness in the hearts and souls of his wife and family. But they know he is at peace with his Lord and Savior, and that one day the family will have a complete reunion again. Praise the Lord, what a party we will have!