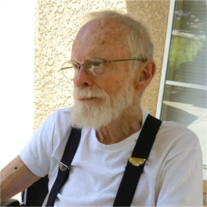 A Loving Obituary and Memory of Frank Rathbun Wright Junior

Frank, born in Brooklyn, New York, was the only child of Frank Rathbun Wright Senior and Gertrude Elting Wright. After graduation from high school, Adelphi Academy in New York, Frank enlisted in the Army Air Corps and served as a radio operator in the Asia Pacific Theatre. While enlisted, he rose to the rank of Sergeant and among his military honors received the Asia Pacific Theatre Ribbon, Good Conduct Medal, and World War II Victory Medal. After discharge he returned to complete his education, receiving an undergraduate degree from Columbia University and subsequently a Master’s in Social Work from Smith College. His career path started with editorial work at High Fidelity and Audio Craft Magazine, and American Institute for Economic Research. In the early 1960’s he changed professions and became a social worker, initially working for the Massachusetts Department of Public Welfare, and completing his career at the Augusta Maine Mental Health Institute, VA Hospital.

Frank’s children describe him as a true Renaissance man-a seeker and visionary always ahead of his time. This was evidenced in wide ranging interests including- spiritual inquisitiveness, holistic health, sustainability and organic gardening. Frank was ahead of his time subscribing to these ideas in the 1960’s and maintaining his beliefs even as they have become the norm. He raised bees, kept cows and chickens, produced home grown vegetables, made his own yogurt and wine, and harvested maple syrup from trees on his property. He was a hardy independent for whom no task whether it be wiring, plumbing, wood cutting or wine making, was unachievable.

Frank had a natural curiosity and talent for understanding electronic and mathematical concepts. This translated into a lifelong romance with the technology of the times as manifested in his initial career choice- working at an audio publishing company, setting up a home print shop and creating a dark room for his photographic interests. He immediately and enthusiastically embraced the computer age. Even at age 90 he had multiple home computers and an astounding array of on-line accounts and some very whimsical passwords!

Albeit a very private person, Frank’s children remember him as a nurturer and a lover of small children. He lovingly referred to his family as “his tribe”. He referred to himself as “chief cook and bottle washer”- tasks, along with laundry, which he enjoyed assuming ownership of in his retirement. He had a keen wit and dry sense of humor which was apparent in the names he bequeathed on many of the thirty pets, referred to as “God’s Creatures” that he shepherded during his lifetime. Little Grey, Wolfson, P.D. (Puddifoot Denathor), Old Dog Tray and Malkin Mooney to name a few. One of his favorite quotes embodies his concise view of daily life-

“When I works, I works hard-
When I sits, I thinks
When I thinks, I falls asleep”

Flowers and cards can be sent to:
The Wright Residence
69 Montara Drive
Aliso Viejo CA 92656-1521