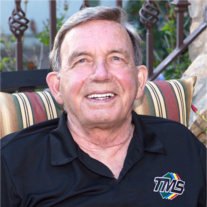 Everett passed away at his home Wednesday, February 17, 2016 in Laguna Niguel, California.

Everett was loyal, patient and the epitome of a family man that loved his wife of 50 years, son and daughter, grandchildren and siblings unconditionally.

Everett was the son of Iowa farmers and grew up with humble beginnings, only to create a life journey of selfless giving and greater accomplishments as a true American and strong believer in Christ.

Everett started his young adulthood serving his country and received an honorable discharge from the US Marine Corps as an E-4 Corporal (CPL), he proudly served 4 years active duty and 2 years inactive duty.

Everett proceeded to attain higher education in the engineering field and began his career with incredible work ethics and evolved to become an in-demand asset to Corporate America.

Everett was an avid sports fan and enjoyed video gaming, he was a lover of life with a quiet, tolerate and patient demeanor, he was known as a mentor and when he spoke it was out of wisdom, intelligence and understanding.

“The angels looked down from heaven one night
They searched for miles afar,
And deep within the distance
They could see a shining star.

They knew that very instant
That the star was theirs to gain,
So they took you up to heaven
Forever to remain.

Look down on us from heaven
Keep us free from hurt and pain,
You’ll always be within my heart
Until we meet again.”

Survived by his wife, Carol Manning

Rest in peace Everett, we love you and will see you again.

Memorial donations in memory of “Everett Eugene Manning” may be sent to his favorite charity, “The Salvation Army”.

Flowers may be sent to Cottonwood Church in Wayland, Iowa.

Military Services will be held on the birthday of Everett, Friday, March 11, 2016.
Service will begin at 10:30 am, lunch will follow at City Hall in Wayland, Iowa.