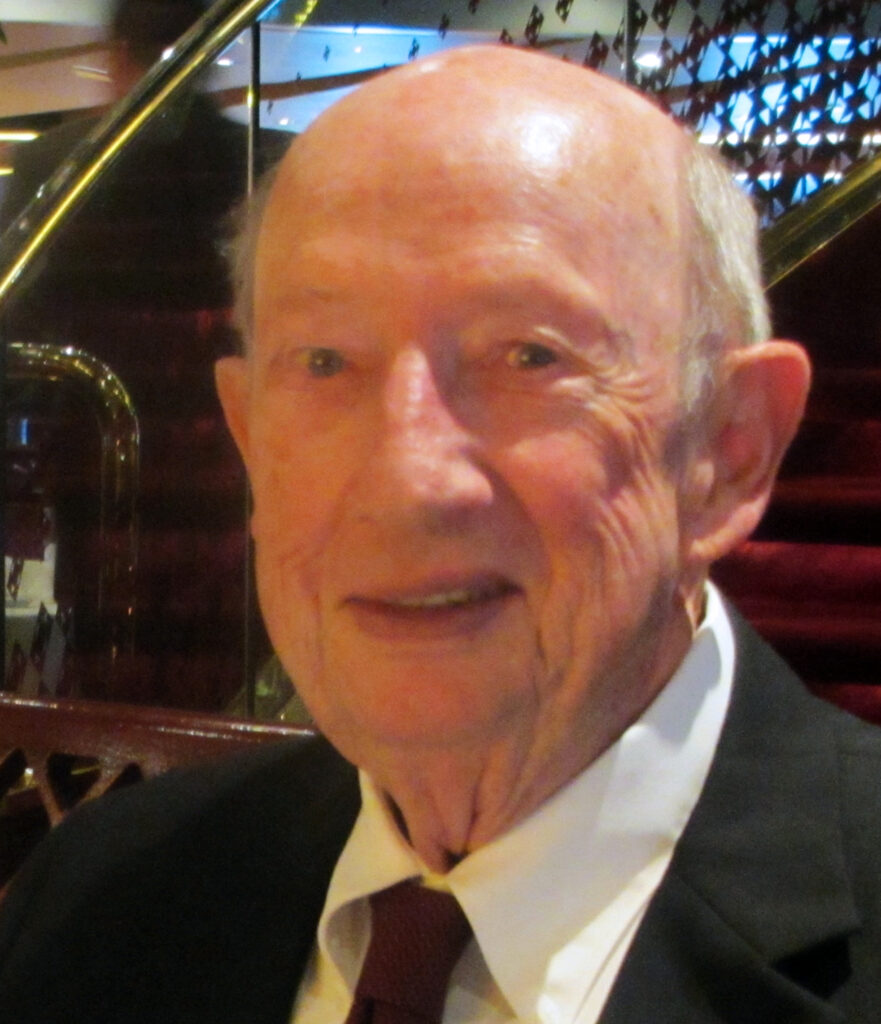 Eugene F. Minder, residing in Lake Forest, California, passed away on June 24, 2022 at the age of 91. Gene was born in Akron, Ohio on September 23, 1930, to Fred and Ruby Minder. After graduating from the University of Akron, Gene moved to Phoenix in 1959 where he later met Barbara Hussong, whom he married six months later. Their first son, Kevin, was born in Phoenix the following year and their second son, Douglas, was born in Torrance, California a few years thereafter.

Although he had contracted polio at 14 years old, Gene never lived as though he had a handicap. He was able to maintain the use of his right leg for the majority of his adult life before using an electric scooter to get around on one of the many cruises or other trips that he enjoyed with Barbara and their family and friends.

Gene is survived by his wife Barbara, sons Kevin and Douglas and three grandchildren – Isabelle, Henry and Arthur.

The memorial service will be held on July 14th at 10 am at O’Connor Mortuary located at 25301 Alicia Parkway, Laguna Hills. This will be followed by a ceremony at El Toro Memorial Park located at 25751 Trabuco Road, Lake Forest.

To honor Gene’s memory, in lieu of flowers, the family would kindly ask for a contribution to one of the organizations that he supported: the Special Olympics or the Orange County Food Bank.