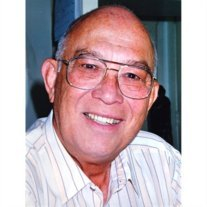 It is with great sadness that we announce the passing of a great soul and spirit, Ernst Joseph Scipio on Friday, April 5th, 2013 with his loving wife and family by his side. He truly passed peacefully after a brief hospitalization at Saddleback Memorial Hospital. “Ernie” lived a full and vibrant life and anyone who met him knew how he loved to share his wealth of knowledge on history, world religions and Eastern and Western philosophies.

Ernie was born and raised in Indonesia (then Dutch East Indies). In World War II he served in the military intelligence division of the Indonesian Army. After the war Ernie moved to Holland, served on the Amsterdam police force and studied law. He emigrated from the Netherlands to the United States in the early 1960’s. He earned his Engineering degree and worked at Hughes Aircraft as a senior electronic engineer; working on highly classified military aircraft and missile defense projects until his retirement in 1988.

Retirement gave Ernie the opportunity to pursue his many interests in tai-chi and chi-gong, along with extensive studying of world history, comparative religions and how East meets West through art and philosophy. He shared his passion for knowledge through his many years of lecturing at the Norman P. Murray Senior Center in Mission Viejo and the Sylvester Senior Center in Laguna Hills.

Ernie’s wonderful spirit is summed up with his own words of advice, “When you retire, don’t sit still move. Support your community, speak no evil, and count your blessings. Present what you believe but do not impose your beliefs on others. America is a great country, keep it safe.”

Ernie is survived by his wife, Patricia Lou Scipio, 6 stepchildren and 9 grandkids. Neighbors will remember Ernie as the friendly neighborhood “watchman”, as he kept a close eye on neighborhood happenings from his chair in his garage. He will be greatly missed.