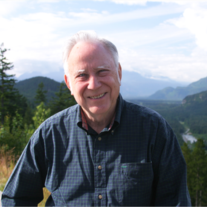 Leon was born and raised in Harrison, Arkansas, the son of Leonard and Opal (Boyd) Pemberton, along with his sister, Yvonne, and two brothers, Tom and Joe.

In his early years, Leon helped work the family ranch. After graduating from Harrison High School in 1950, he served honorably in the United States Air Force and is a Korean War Veteran. He met his wife, Shirley Walker through church and they were married in 1957.

Leon and Shirley moved to Inglewood, California, where Leon worked for Hughes Aircraft and McDonnell Douglas.

Leon and Shirley’s first son, Rick, was born in 1959 and the family moved to Westminster, California. Two more sons were born: Scott in 1963 and Steven in 1966. Tragedy hit in 1968 when little Steven was struck and killed by a motorcyclist. Soon thereafter, the family moved to El Toro, California and settled into South Orange County and started a new business venture in 1969 called: Shaklee.

Leon not only took pride in his Shaklee business, but truly relished the friends he made during his time with Shaklee. He and Shirley worked long hours to build their Shaklee business, Pemberton Enterprises, Inc. Over the next 40 years, their business was the 2nd largest distributor of Shaklee products, achieving the title of Lifetime Presidential Master Coordinators.

As empty nesters, Leon and Shirley built their dream home, a beautiful English country manor set on two acres, in the equestrian neighborhood of Coto de Caza in 1995. For the next 20 years, they enjoyed spending time at this home with family and friends, celebrating Easter, Thanksgiving and Christmas holidays, along with countless birthdays and family BBQ’s.

Leon and Shirley finally became grandparents on July 4th, 2013 when Caleb Lee Sun Pemberton was born to Rick and Philadelphie. Another grandson, Richard, joined the family in 2014. And, another grandchild is expected in December of this year.

Leon was diagnosed with Alzheimer’s dementia four years ago. Shirley and their sons helped care for Leon during this time, until Shirley’s untimely passing in January of this year. Leon was laid to rest on October 15th in El Toro, California, next to his wife of 58 years.

Even in death we celebrate life, and condolences can be sent to the family online at https://www.oconnormortuary.com/obituaries/Ernest-Pemberton/#!/Obituary

God bless you all.