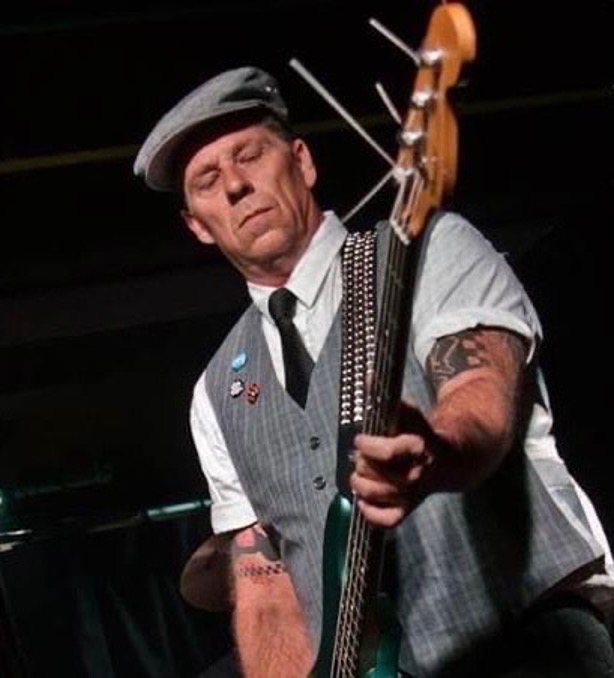 Eric passed away from Covid-19 in Huntington Beach Hospital on August 14th, 2021. He was born in Anaheim, CA. He is survived by his son Ian Vedder, his sister Terri White, brother Jimmy Curtis, nephew Shaun White, and his niece Krystal White.

Eric was preceded in death by his parents Robert Vedder and Dixie Casitas Curtis, as well as his son Cody Devo Vedder and his sister Zelma Walters.

Eric resided in Huntington Beach with his Best Girl, Lori Norrick, his son Ian Vedder and his step-daughter Erin Smith-Norrick. He was ALWAYS a dedicated father. He was also your not-so-typical California surf punk. He enjoyed surfing and skating for many years. He played in many bands, most recently the Step Daughters, and was known for his intuitive style on the bass, and his passion for music.

His dad gave him his first Vespa at the age of 15, and he has been riding classic Vespas ever since. Currently he is a member of the West Side Scooter Club.

Eric was loved by many people and known for his tough exterior and his very, very big heart.

A public viewing for Eric will be held at O’Connor Mortuary on September 4th from 10am to 12 pm and the service will be from 2pm to 4pm. There is also a live stream of the service for those who cannot attend.